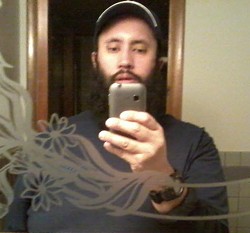 A 38-year-old Spokane man pleaded not guilty this afternoon to a federal charge of mailing threatening communication as part of the recent investigation into two poison-laced letters intercepted last week.

Matthew Ryan Buquet made his initial appearance in court this afternoon. Appearing with a long black beard and narrow sunglasses, Buquet acknowledged he understood the charges and entered a plea of not guilty.

The indictment in the case alleges Buquet "knowingly and willfully" mailed a threatening letter on May 14 to U.S. District Court Judge Fred Van Sickle.

Federal investigators say two threatening letters were intercepted on May 14 during routine screening. Additional details were not immediately available.

The American Postal Workers Union announced the two threatening letters tested positive for traces of deadly ricin. The second letter was reportedly addressed to the downtown Spokane Post Office near the federal courthouse.

No injuries have been reported in connection with the case.

FBI agents and investigators with the U.S. Postal Inspector Service searched an apartment building in Browne's Addition on Saturday as part of the investigation.

Buquet was ordered to remain in custody pending a bail hearing next week. He faces a maximum sentence of 10 years in prison or a $250,000 fine if convicted.