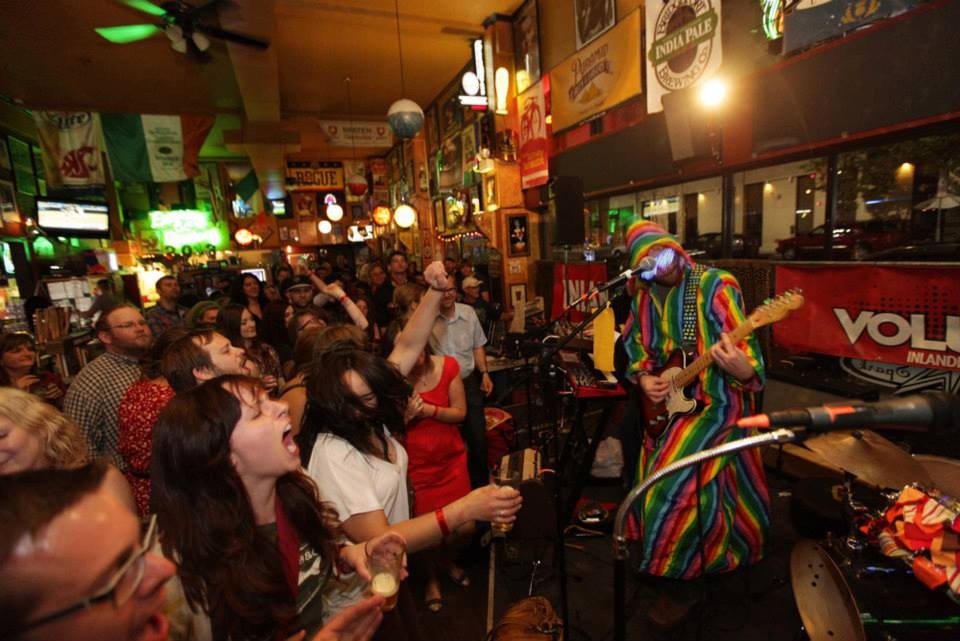 Young Kwak
The Blue Spark at capacity during Volume in May.

At closing time on Sunday night, the Blue Spark bar locked its doors for the last time after 14 years of business.

Word of the closing came as unexpected news to many patrons of the popular downtown bar, which was known to fill to near to or at capacity on weekend nights, and regularly hosted live music, trivia nights and other events. As of this posting, the only official announcement of the bar’s closing could be found on its website home page.

Blue Spark owner Bernard McGuire’s decision to close the business stems from a decrease in customer traffic he links to the street kids who frequently loiter in the vicinity of the bar. The Blue Spark sits on the corner of Howard Street and First Avenue, and is part of the same block as the problem-riddled and vacant Ridpath Hotel.

During a phone call with The Inlander this morning, McGuire expressed his frustrations with the City of Spokane’s response to his complaints about the problems caused by area’s homeless crowd, who, he says, threatened passersby — including Blue Spark patrons — and urinated and defecated on the street around the Ridpath.

“The Ridpath killed us,” McGuire says. “The city has told us that unless someone is bleeding or dying, ‘don’t call us.’ They aren’t here to help us, that is the bottom line.”

At this point, McGuire hasn’t decided what his plans are next, but says the Blue Spark “is done.”

Seven part-time employees lost their jobs due to the bar’s closing.

Just a few months ago, The Inlander wrote about the bar’s decision to expand its food menu with the goal of attracting more daytime patrons. The Blue Spark was also packed during both nights of Volume, The Inlander’s two-night local music festival at the end of May.

MORNING BRIEFING: Fire in Pullman and the next phase of the Zimmerman case

Q&A: Behind the scenes of The Inlander's documentary about axe murderer Sidney Sloane