Initiatives to appear on the ballot, for now 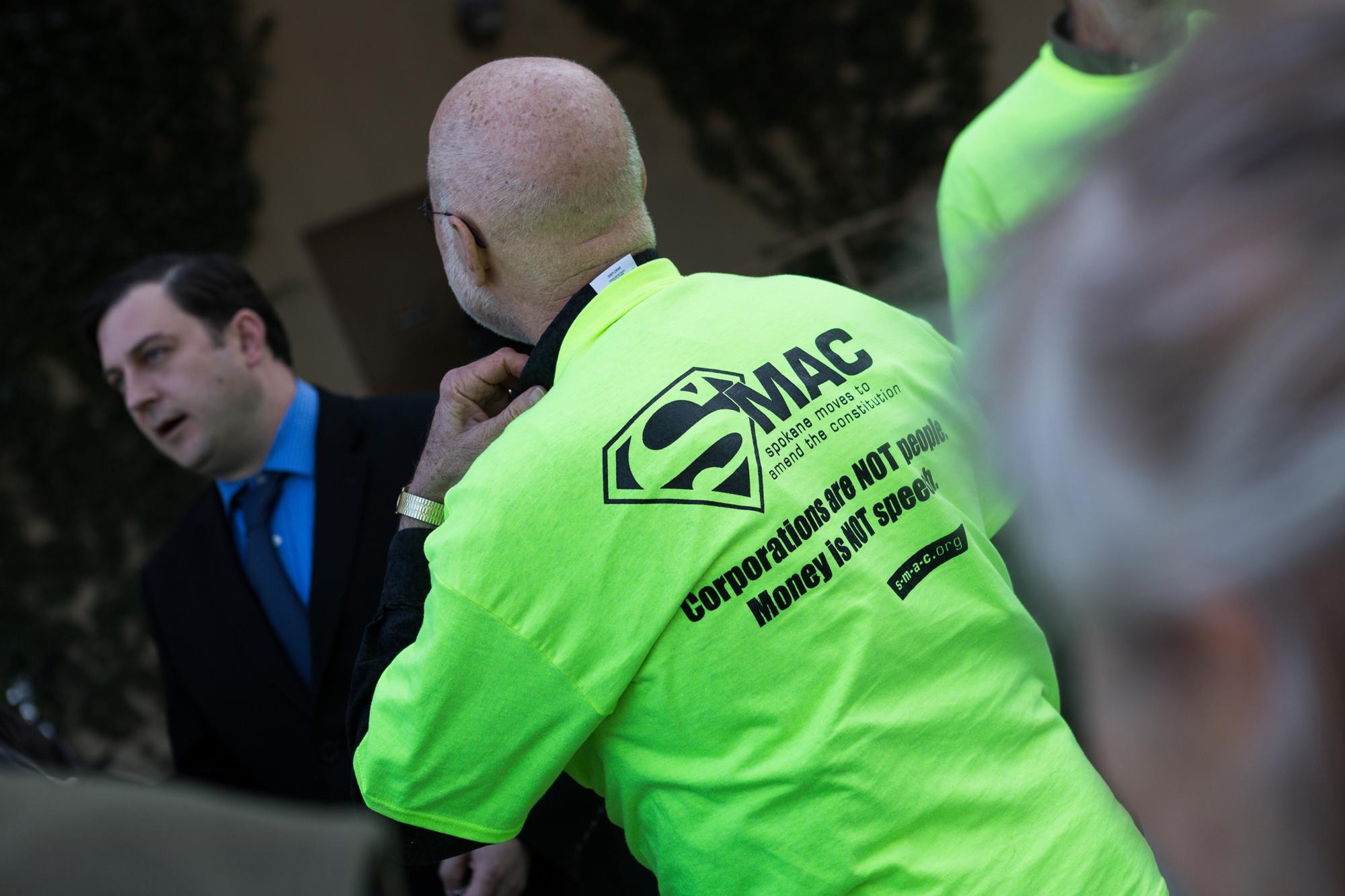 Judge Maryann Moreno denied a request from a coalition of business interests for a preliminary injunction, which would have kept two citizen initiatives off the November ballot. The ruling came after two hours of argument before a courtroom packed with suits and plain-clothed activists.

One initiative is Envision Spokane's third try at a Community Bill of Rights, expanding neighborhood rights and environmental protections. Another, from the group Spokane Moves to Amend the Constitution, would outlaw private lobbying — corporations’ employees talking to city officials about legislation — and corporate contributions to local campaigns.

Moreno considered whether placing the initiatives on the ballot would cause harm to the business interests between now and Election Day. The coalition challenging the initiatives — which includes Avista, Greater Spokane Incorporated, the Downtown Spokane Partnership, Spokane County and three Spokane City Council members — had to prove they would suffer irreparable harm just by the initiatives being allowed on the ballot. The group's attorney, Rob Maguire, argued the potential of Envision's initiative is already hampering economic development by making developers wary to build just to have the laws changed in November. But that argument was too speculative, the judge ruled.

Initiative opponents argue the initiatives attempt to override state law in a multitude of ways, from "chilling" corporations' free speech to attempting to override the Clean Water Act by giving the Spokane River rights, as Envision has proposed.

Pre-election challenges often succeed when the city holding the election files the suit and argues the cost to hold the vote is the harm caused. Spokane did not join this challenge.

After the ruling, Councilwoman Nancy McLaughlin, who joined this suit and has been outspoken against both initiatives, told the coalition's lawyer it was the "best outcome we could have hoped for without the city [joining the suit]."

McLaughlin says she's hopeful the judge will rule the initiatives outside the scope of the city's power next month.

Envision Spokane and SMAC frame the fight as a political one, motivated by corporations' desire to squash citizens' rights to expression.

SMAC's attorney, Terrence Sawyer, spoke about the balance of the U.S. Supreme Court and the trend toward corporate personhood.

"This corporate rights movement is a cancer on our society," he said.

Initiative backers believe citizens have the right to express their opinions on the initiatives first and business interests can sue after Election Day. But Maguire argued the ballot box isn't the place for political gestures.

"The ballot is not about sending messages," he told the court. "It's about enacting laws."

THIS WEEKEND IN MUSIC: Friday, you may need to be at multiple venues at once