This week the Inlander celebrates 20 years of existence, and our publisher put together an album of photos from the Inlander’s early days of planning around kitchen tables and sharing computers.

When the first issue went out in October 1993, a lot of us who are now writers and editors weren’t doing a lot of sophisticated reading yet. (Some of our interns weren’t even born.) Here’s what we were up to when the Inlander got started: 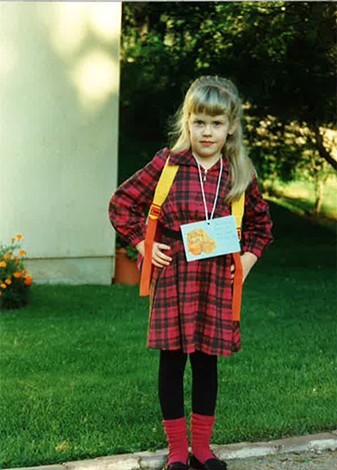 First day of kindergarten back in 1993

At almost the very same time the Inlander was born back in 1993, I was about to become a big sister for the second time, to my little brother Andrew (born Nov. 6). I was in kindergarten at Lake Spokane Elementary, in Nine Mile Falls.

I remember during class one day my teacher, Mrs. Byers, was announcing who had been named “Mustang of the Month” for being an outstanding student. (Yes, it’s true, I was a teacher’s pet from the start.) In a speech before revealing which of us got the award, she gave away a few hints, including: “this student has just become a big sister.” Yet, this didn’t strike me as specific to me since I already had been one, to my little sister, Erica. Weeks later, I remember my mom bringing baby brother Andrew to be my “show-and-tell.”

The rest of those first months of kindergarten were a blur of singing songs and making dried-bean-and-glue collages. I was also pretty stylish back then — though I wasn’t recognized by my classmates for it — my Gramma made just about my entire school wardrobe.

This is probably about what I was doing then. 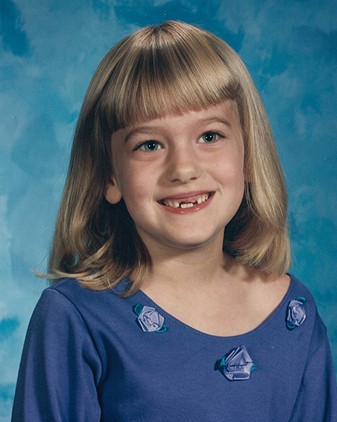 The start of 1993 was forever burned into my then-6-year-old brain when the lights flickered out. A wind storm of enormous magnitude, now known as the Inauguration Day storm since it fell on the same day President Clinton was sworn in, crashed down on the Seattle area taking out many trees and our power lines along with them. For days my family of four was without power. We huddled in piles of blankets the living room as my dad fed log after log to the fireplace, our only source of heat, while listening to the radio newscasters rattle off updates about the blackout. My parents cooked dinner on the grill in the backyard. I was told not to open the refrigerator or else we'd lose all the food sealed within. At night we lit candles to be able to see each other. At first it was like camping; new and exciting (plus, I didn't have to go to school). But then, it got to the point where being cold and not being able to watch TV just wasn't fun anymore. Once the power went back on, I swore I'd never take a light switch for granted again. But soon, going on with my daily first grade life, I forgot all about how it was to be without power. 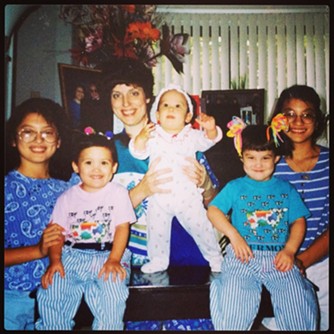 I’m rocking the pigtails on the right. 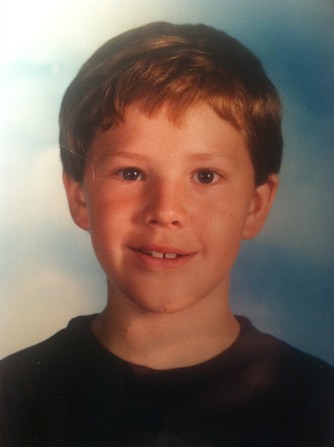 A lot of things happened in 1993. Bill Clinton was sworn in as president. Czechoslovakia dissolved into Slovakia and the Czech Republic. Some alt-weekly paper started in Spokane.

But my entire childhood also transformed that year with the release of the movie Jurassic Park.

Steven Spielberg's cinematic marvel completely blew my 8-year-old mind. I made my parents sit through it at least two or three times in the theater. I could not get enough of those terrifyingly real dinosaurs.

From then on, my friends and I would spend countless hours imitating and imagining prehistoric beasts in all their computer-generated glory. It's really the only thing I cared about that whole year.

I was a second-grader in the fall of 1993, and my mom convinced me to grow out my bangs. I wasn’t a fan. The bangs were back by third grade.

Not enough girls signed up for fall soccer, so I was the only girl on my team. Since I grew up in Minnesota, land of the Vikings, the purple-and-yellow shirts were the best colors your team could get. I didn’t mind being the only girl and I took pride in never crying if I got hit in the face with the soccer ball. I did cry whenever we lost a game, and I got a lot of after-game lectures about being a good sport and not yelling at my teammates.

Speaking of 20th Anniversary , For Fun!