Local social service agencies are bracing for a $173,000 cut to homeless programs 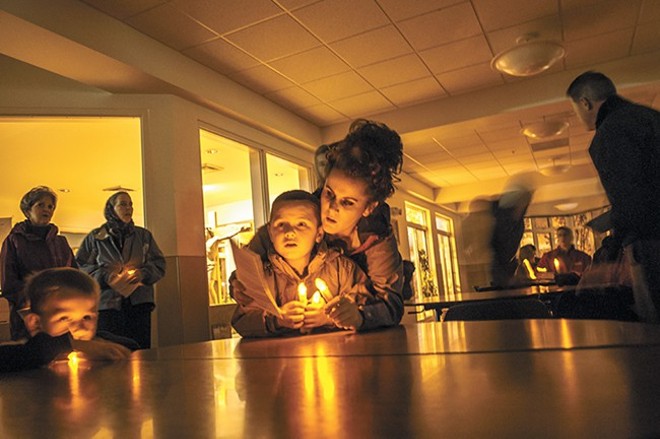 Social service agencies in Spokane are slated to lose thousands of dollars in federal money for programs serving the chronically homeless thanks to budget sequestration and flat funding from Congress, starting next year.

Last week, the city of Spokane informed service providers that federal funding from the Continuum of Care program, a competitively-awarded U.S. Department of Housing and Urban Development grant, had been cut 5 percent. According to George Dahl, the city’s human services manager, the reduction amounts to a $173,000 loss. The cut will affect 31 existing grants that the city administers to fund support services, transitional and permanent housing programs at various local agencies. Starting in 2014 and continuing through the rest of next year, Dahl says he’s anticipating “cuts to some of these programs and eliminating some.”

As part of the reduction, Catholic Charities Spokane will lose $30,000 from its emergency shelter program. Rob McCann, executive director of Catholic Charities, says that money would have been used to pay case managers at House of Charity, a men's homeless shelter. McCann says Catholic Charities will have to raise more money to make up for the loss.

“It will directly affect our ability to take chronically homeless people and get them off the street and into permanent housing,” McCann says. “If we keep losing money from the city, we will eventually lose the position.”