Different Drummers is a Spokane success 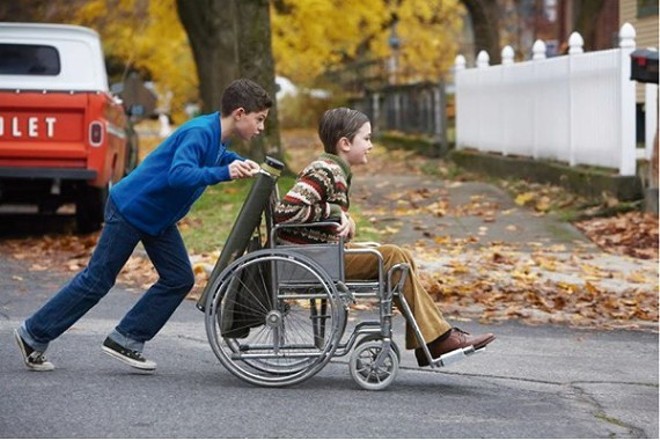 A scene from Different Drummers, shot and produced in Spokane.

Different Drummers has hit No. 1 this weekend at River Park Square's AMC 20 for the third week in a row. The film is locally written, produced, and directed by Don Caron and Lyle Hatcher.

Caron says they've seen people returning to see it again and again, bringing friends and family along. "The first weekend we thought it was just because the film had such strong local ties, but it's gone way beyond that," he says in a press release.

The year is 1965 and Lyle Hatcher is struggling. With both boundless energy and endless optimism, fourth-grader Hatcher has penchant for stirring about trouble and a chronic need for attention. David Dahlke is his well-behaved, patient antithesis, and is also, incidentally, confined to a wheelchair with muscular dystrophy. The two fourth-graders become unlikely friends, as Dahlke rises to whatever challenge Hatcher brings to the table. The film stars local actor Brayden Tucker, who won Best Young Actor for his role as Hatcher at the WorldFest Houston International Film Festival, as well as Ethan Reed McKay from Portland.

Because of its success, Different Drummers will be opening at Wandermere Village Centre Cinemas on Friday, Feb. 7.