Excitable Boy put Warren Zevon on the map, so if you know him, chances are you’ve heard this album. I first found it as a teenager going through my dad’s old vinyl records, but it’s made a comeback for me recently. Some people have placed Zevon alongside artists like Bruce Springsteen and Neil Young, and that’s probably fair, but the morbid humor in many of his lyrics sets him and especially this album apart. The record’s two best tracks, “Excitable Boy” and “Werewolves Of London” are pure weird — somehow dark, terrifying and charming at the same time. Among the other tracks are historical tales, ballads and the very dancey “Night Time In The Switching Yard.” It’s available on iTunes, Spotify and probably in your nearest record store. 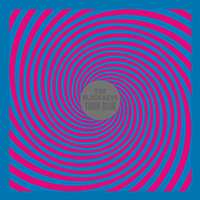 I’m counting down to May 13. Four weeks and a day. That’s when the Black Keys are releasing their new album, Turn Blue, after a three-year gap with no new material from the Akron, Ohio (now Nashville-based) rock duo. Until then, the Keys are keeping my appetite for new tracks sated by releasing two songs from the new record on their website/YouTube channel: “Fever,” the first single, followed by the title track “Turn Blue,” which dropped just this morning. Critics are already saying this album is a bit of a departure from the hooky, fast-tempo rock of 2011’s El Camino — instead the band’s going with a more psychedelic rock vibe. Four weeks is a ways out, but I’m keeping my fingers crossed for the chance that Turn Blue previews on NPR’s First Listen before then. And, of course, I’m also impatiently waiting to see what stops the Keys may have planned for Turn Blue’s expected, upcoming tour.

When it comes to good stories, I’m a reader, not a listener. And I like my narratives uninterrupted, which is why I’ve remained a skeptic of the mindset that all multimedia is good multimedia when it comes to journalism. Video! Audio! People will love it! But when it all comes together, as it does in this weekend’s New York Times Magazine cover story by John Jeremiah Sullivan, “The Ballad of Geeshie and Elvie,” about “phantom women” of the early 20th Century music and their two known records still in existence — oh man, it’s so good. Most readers will never even notice how brilliant it is to embed sound clips right into the text with the lyrics, and that’s the point. It’s infinitely better than encountering this story in print, in a way you don’t even stop to think about. It’s seamless. I read this story, I listened to this story — I don’t even know the difference. The music is worth it even if you don’t read the whole piece.

With his band the Pharmacists, nice-guy indie rocker Ted Leo of New Jersey typically hammers out frantic, buzz-distorted rhythms over desperate, politically-charged vocals. He carves out a sort of punk, indie fuzz and insurrectionist pop with lyrics calling out the media and the CIA. But he's recently teamed up with renowned singer-songwriter Aimee Mann to form The Both. Mann's soft authority anchors the jumpy panic in much of Leo's music. Political themes continue through the new project with songs about Monsanto and other subjects as the self-titled album swerves from Leo's punk to Mann's acoustic-based harmony, crossing the tenuous middle ground in surprising and rewarding ways. It doesn't all work, but it's worth listening for the moments when both Leo's and Mann's strengths align into unfamiliar beauty.

Questions for the CannaBiz panel of marijuana experts