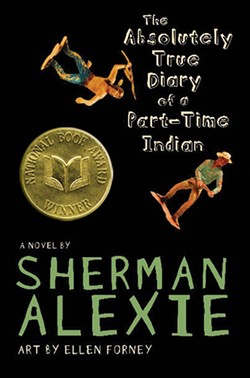 In the end, the three-person board voted: The Absolutely True Diary of a Part-Time Indian by Sherman Alexie would be removed from the district’s curriculum.

After reading about this, Jennifer Lott of Spokane and her friend Sara Baker — who’s also from Spokane but now lives in Seattle — decided to do something about it. They came up with a plan to buy 350 copies of The Absolutely True Diary of a Part-Time Indian — one for each student who signed the petition. They reached out to a Meridian School District teacher, who will help coordinate distribution of the donated books for World Book Night on April 23.

Lott, who has a background in public libraries and issues like Banned Books Week, says she and Baker are pro-education and support the free exchange of ideas.

“Blocking students from learning about controversial ideas just never seems to work, in my experience,” she says.

Over the weekend, they raised two-thirds of their goal of $3,000, mostly in increments of $5 to $25 from individual donors. They haven't discussed a specific plan if they end up exceeding the goal, but they may purchase other books that have been challenged or banned.

The book is Alexie’s first for young adults, and won the 2007 National Book Award for Young People’s Literature. It tells the story of 14-year-old Arnold Spirit, known as Junior, who’s growing up on the Spokane Indian Reservation in Wellpinit. He transfers to an all-white high school 22 miles away — where he’s the only Indian aside from the school mascot — and the book chronicles his year attempting to fit in at the new school while being seen as a traitor at home.

Support the book-procuring project here or get more information here.