Song of Ice and Fargo: What Minnesota could teach Westeros

Take a moment, and you can find a lot in common between the Game of Thrones’ mythical Westeros and the TV series Fargo's equally mythical Minnesota. Both are lands of wide open vistas, where the specter of approaching winter is everywhere.

Both are lands of murder and mayhem. Both are places where notions of honor and masculinity drive people to do horrible things, where once meek chaps become twisted into devils. Both deal with violence against women — and basically everyone else. Minnesota's has its apple pie. Westeros has its lemoncakes.

In Fargo, Lorne Malvo (Billy Bob Thornton, You know Him from Movies) wanders the wastes like a Midwest Mephistopheles, leaving devastation with a few choice words. He’s a tempter, a trickster god who gets his kicks from spotting a person’s weaknesses — their insecurity, their jealousy, their greed, their cowardice, their guilt — and pokes at those points like a bullying big brother until he just won’t stop hitting himself.

In other words, swap shotgun for a broadsword, and he slips right into the role of Hand of the King of Westeros, whispering poisonous words toward whatever poor soul is warming the Iron Throne. So too, you could see a parallel between the beaten-down, insecure Lester Nygaard (Martin Freeman, Bilbo of Bag End) and poor Theon Greyjoy. Both disrespected by their families, both lashing out in, stupid, stupid ways, both in way over their head.

In both series, injustice marches forward: Just as the noble head of Ned Stark is sliced from his noble body in the first season on Game of Thrones, the smart, decent-hearted sheriff in Fargo who might as well be Andy Griffith is cut down by double barrels in its first episode. Violence falls upon on the just and the unjust.

For starters, Fargo has genuine heroes. Sure there are heroes that talk in ya betchas and doncha knows and uff dahs. Up against a bearded, smirking Lucifer, these heroes may seem way wildly outmatched. They're underdogs. All the best heroes are.

You have a competent policewoman,  Molly Solverson (Allison Tolman, Pretty Much Just this TV Show) struggling to solve a case under the nose of her lazy, unqualified supervisor, who just doesn’t want to make waves. Gus Grimly (Colin Hanks, Tom Hanks’ Kid) hardly starts as a hero. The officer is a bit fumbling, he’s scared away when Malvo decides to bare his fangs. But as the season progresses you can see him slowly finding his courage, slowly gathering the will to confront evil.

TV is already drenched in violence, nihilism, and anti-heroism. That’s what makes genuine heroism — good versus evil, instead of just evil versus evil — so refreshing.

You could make an argument that there are heroes, too, in Game of Thrones. But Game of Thrones takes pleasure in undercutting heroism wherever it can. The Starks are seen more as naive than noble. Ned Stark doesn't even get to go out with his sense of honor intact. He chooses dishonor over death and gets death thrown in for no extra charge.

Sansa Stark risks her life to show kindness and maybe you get a drunk thank-you and a kitschy heirloom as your reward. But that doesn't exactly take Daddy's head off the pike. Even the gift is corrupted. Sansa is just another pawn in yet another scheme, obliviously smuggling a murder weapon around her neck into a wedding.

Then we have Arya, a cute little girl who has decided now to serve the god of death. The little girl shoves a blade slowly, intentionally, through a thug’s throat. And we cheer, because it’s that kind of show.

Tyrion Lannister, the dwarf, manages to be mostly decent, despite indecent heritage. But here’s where the odd karma of Westeros comes into play. Every good act Tyrion does is followed by swift punishment. He saves the city, and gets a scar across his face, and a demotion in return. And now he’s tossed in a dungeon, seemingly entirely by coincidence, for a murder he obviously didn’t commit.

I suppose you could find good in mother of dragons Daenerys*,  but her campaign of abolition comes in the form of fire and blood. And her actual leadership ability — to rule, instead of just rolling across the eastern continent of Essos like the Golden Horde — is untested. That’s our best hope, really, for Westeros. A world that ends in fire instead of ice.

For a while you could even point to Jaime Lannister, the anti-hero with a heart of gold. Turns out, we were wrong. It’s his hand that’s gold. His heart is a heart of a rapist.

Villains do far better in this world. A disgusting old monster like Frey manages to become old and decrepit despite a penchant for betrayal and lechery. Justice, after three seasons, comes to Joffrey, boy king of junior high sadism. But it comes, in part, through poison from a slithering snake, Littlefinger, another sadistic schemer whose wild Pinky and the Brain style plans never** seem to backfire.

Part of the appeal of Game of Thrones, of course is that cynicism. It feels gritty and grimy and in your face. It sneers at classic narrative. Yet I find the pathetic scrambling of Lester Nygaard far more interesting than all the cackling and finger-steepling going on at King’s Landing.

The best TV reflects on the human soul, and for most of us, pure cruelty or lust for power isn’t our prime motivator. Sometimes we’re good. Sometimes we’re evil. But far more often, we’re weak. That, people often forget, was the truly interesting revelation of iconic anti-hero show Breaking Bad, and it’s a revelation that Fargo is doing a much better job of exploring.

In Westeros, however, the sheer number of pure sadists, for whom torture isn’t just a job, it’s a calling, is problematic. Westeros has its revelry, of course, its wine, women and song. But the wine is poisoned, the women are beaten, raped and brutalized, and the song the wedding band plays is just the musical cue for the massacre to begin. Westeros is black set against black: Dark cruel people set against a dark cruel world.

But in Fargo’s Minnesota the evil dropped into a world of niceness. In fact, as this AV Club Crosstalk explains, that “Minnesota Nice” becomes a sort of barrier for the heroes to overcome. Unlike Game of Thrones, no one walks into the local diner in Bemidji and sees, oh, geez, there sure is a lot of raping going on right now. Instead, people mostly just order coffee. As gross as the violence can be in Fargo, it’s the exception.

The famous ending of the gruesome serial killer flick Se7en has Morgan Freeman saying, “Ernest Hemingway once wrote 'The world is a fine place, and worth fighting for'...I agree with the second part."

Yet Fargo seems to argue for both parts: Yes, the world is full of greed and murder and cruelty, but it has a lot of other things too. It has small towns with warm coffee and kind people that smile at you. Game of Thrones argues against both parts. The world is not a fine place. And increasingly, it’s not worth fighting for.

Maybe that’s true. But if TV has to communicate one message, I’d prefer it be the former.

**(So far, goes the perpetual disclaimer) 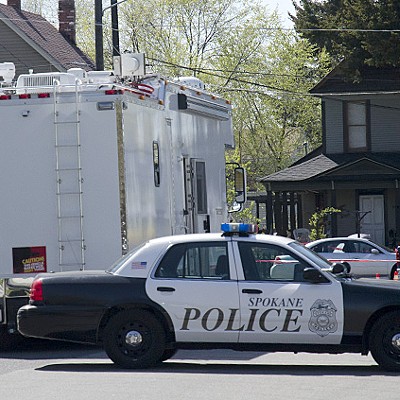