The city of Spokane and the Downtown Spokane Partnership are asking residents to stop giving money to panhandlers and instead direct that good will toward local service providers.

The two organizations will launch a “Give Real Change” campaign this week in hopes of convincing people to donate money to local shelters, housing organizations and mental health care providers instead of to individual panhandlers on the street.

"It's about changing the behavior of the person inclined to give," says DSP President Mark Richard.

The $25,000 effort (half funded by the city, half by DSP) comes after the mayor convened a task force last summer to address public complaints about safety and the homeless population in downtown, especially targeted at young homeless people. The move was followed by a controversial extension of the city's sit-lie law, which now bans sitting or lying on downtown sidewalks during the 18 hours between 6 am and midnight.

Richard and others supportive of the "Real Change" campaign have argued they're not advocating for less compassion toward people in need. Instead, Richard says, contributions to social services help provide a "hand up instead of a hand out."

In a press release announcing the campaign, which will officially launch Friday, Catholic Charities Executive Director Rob McCann reiterates Richard's logic, saying some panhandlers are not homeless and use the money they're given for drugs or alcohol.

“In reality, when we give money to panhandlers, we are actually doing a disservice,” he says in the statement. “Each dollar handed out a car window marches the recipient closer to a life of chaos, addiction, suffering, and even death.”

DSP has also launched this website, which includes a list of social service agencies to which people can donate and will soon also have a Crowdswell campaign for people to donate directly to several issues the mayor's task force has identified, including job training for young people and both housing and help applying for federal benefits for homeless adults. The site also encourages businesses to "have employees earn a jeans day by making a pledge not to give to panhandlers" and directs people to advice for talking to panhandlers: "If a panhandler asks for money, acknowledge with a nod, reply with a firm 'no' and keep walking."

Below are the promotional materials the campaign plans to distribute. 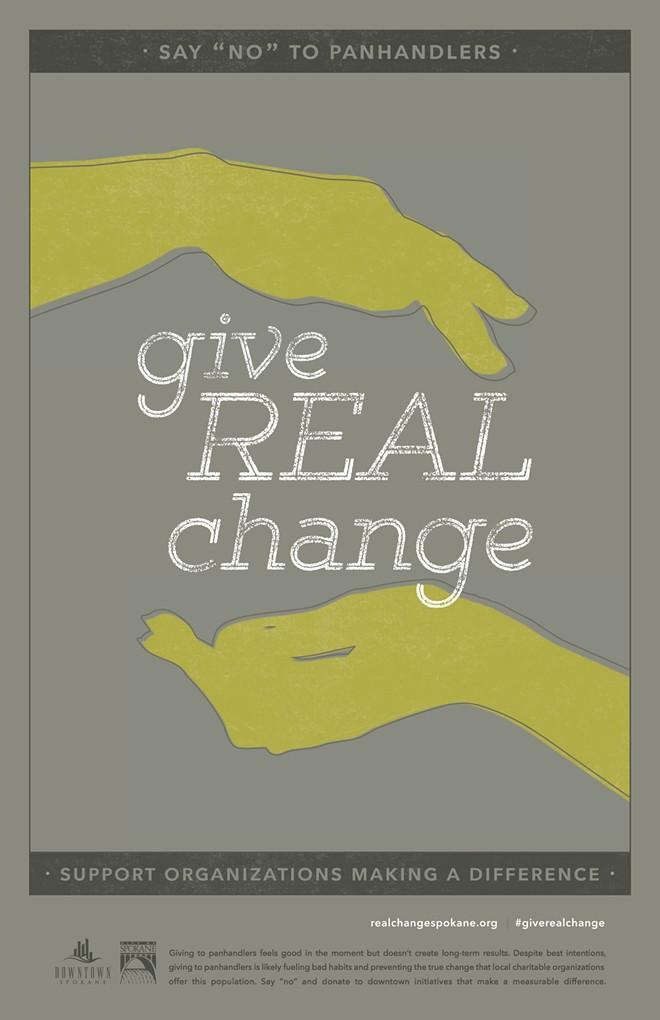 A poster from the anti-panhandling campaign the city and DSP will launch Friday.
click to enlarge 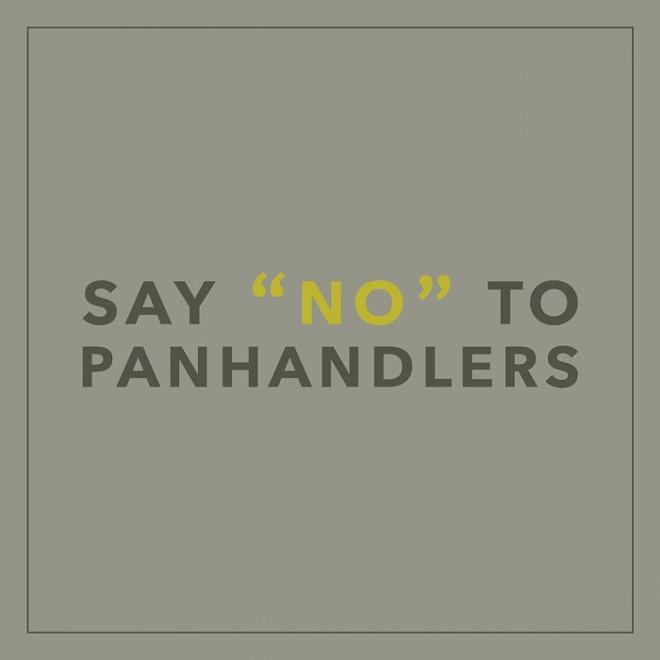 An image the campaign encourages supporters to use on social media.
click to enlarge 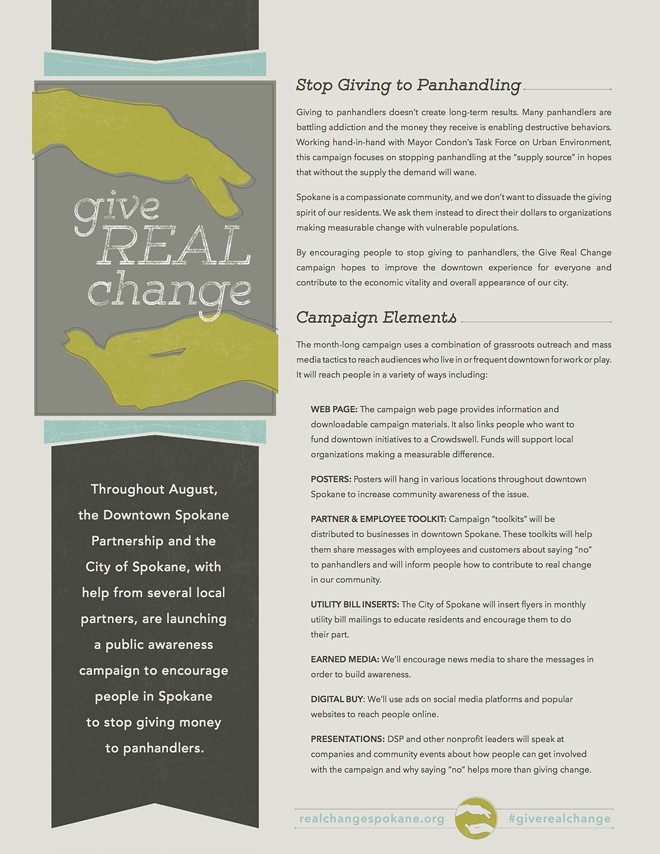 An overview of the campaign, provided by the Downtown Spokane Partnership and the City of Spokane.