This is how brash bike thieves are in Spokane

Time for a little story. See that bicycle?

Paul Dannels says it's his white 2009 Giant Yukon. He bought it for $800 back in Indianapolis in 2009. Paul Dannels uses it to bike 50 miles a week, training for triathlons.
Today, he lives in Spokane near Joe Albi and works as a safety manager for Airway Heights’ Associated Painters. He says he works hard at his job to support his family — a wife, four kids — so when he finally gets some time off, he and his family often spend it together, biking.

They hook a trailer on to the back of the bike to carry their baby. Dannels can slide a special seat on to the rack of his Yukon bike so his 3-year old can sit on it and ride with Daddy.

See that guy in the photo? That’s not Paul Dannels.

He’s the guy who, at 5:30 pm in broad daylight in front of a packed parking lot at the highly trafficked YMCA, was using his lighter to burn through the lock securing that bike.

I asked the gentleman breaking through the lock if that was his bike. It was, he explained. He’d just lost his key. I thought about asking him to show me his driver’s license. Maybe, if he didn’t look like Vic Mackey from The Shield, I would have.

Instead, I took a few pictures as he rode away eastward on the bike, in full view of everyone, with a crime analyst for the Spokane Police Department lifting weights upstairs.

I handed my contact information to the YMCA receptionist, telling her I thought a bike may have just been stolen. Maybe I had it wrong — but sure enough, the YMCA manager came up to me a few minutes later, confirmed it was a theft and introduced me to Dannels. Dannels told me he'd only been there for about a half-hour before he noticed his bike was stolen. He called the police, and I texted Dannels my photos. (I also shared them with the crime analyst at the squat machine.)

This incident is just the latest instance of bad luck for Dannels. "We had our tires slashed in front of our house, just a month ago," he says. "People are little desperate and a little more brave than they used to be."

"That’s the only bike I have," he says. "There’s no way I can afford another bicycle, that’s for sure."

I can’t tell you much about the alleged thief or if he's really a great guy and this is all one big misunderstanding. I can tell you he was wearing a white “Nice Coconuts” T-shirt from Kiana Hawaiian Wear, low-cut Puma socks, a black OGIO backpack, yellow and blue shorts, what look like black Oakleys and what appear to be black Asics shoes with brown soles.

And he is bald as all hell. A few things to point out: The alleged thief doesn’t look like a street kid. He wouldn’t scare anyone by standing in front of the Plaza. He wouldn't get in trouble if he were sitting on the sidewalk downtown. He wouldn’t be called "riffraff."

We spend a lot of time as a city worrying about minor nuisances (loitering!) or violent crimes (random downtown assaults!), but the statistics show that, in actuality, it’s property crime that Spokane really suffers from.

A bike theft may seem like the smallest of crimes, like something Encyclopedia Brown would solve for 25 cents, plus expenses. But when it happens to you, it’s a bit of gut punch. And it changes us. It makes us more likely to lock our doors, drive instead of bike, and glower at strangers.

And, in this case, it means a dad no longer gets to ride beside his wife, with his 3-year-old son on the seat behind him. 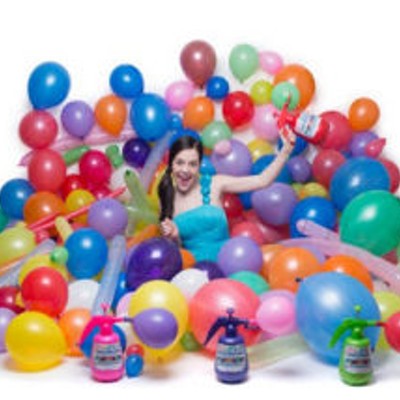