Advocates say a new draft of the Spokane Police Department’s proposed policy for introducing officer-worn body cameras simplifies language and addresses some previous concerns, but still lacks key clarifications just 10 days ahead of the launch of a limited testing period on Sept. 1.

The ACLU of Washington as well as the legal nonprofit Center for Justice both expressed disappointment with a previous draft policy from earlier this summer. A new six-page draft policy, half the length of some previous drafts, seemingly takes on some of those issues — specifically reinforcing the necessity to record almost all contacts with citizens. 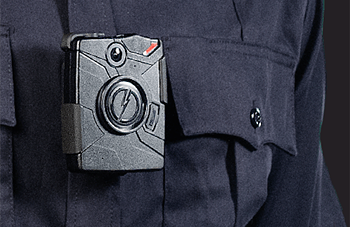 "It is the policy of the Spokane Police Department that job related interactions between patrol officers and citizens shall be recorded by use of body worn cameras,” the policy states, adding, "Patrol officers should activate the body camera at the outset of each contact, whether or not the contact documents a significant incident, forms part of a criminal investigation or has any perceived evidentiary value to the officer.”

The policy only covers a four-month pilot program from Sept. 1 to Dec. 31. SPD officials say 17 officers have volunteered to wear the cameras and offer feedback on technical or logistical challenges. Spokane police conducted a previous pilot program back in 2012, but the new testing will focus on the updated technology — the Taser Axon Body camera.

Police spokeswoman Monique Cotton says the department expects to host at least one community forum in October to provide the public with details on the program and collect citizen input.

Julie Schaffer, an attorney with Center for Justice, criticized the previous policy for seeming to give officers too much discretion over when the camera would or would not record. If the cameras are to improve transparency and accountability, she says they need to capture as much as possible without selective activation.

"It does seem to require that officers record all interactions with citizens," she says of the latest draft. "So that's good."

The policy also requires written documentation of how and why any incident was not recorded. It allows some sensitive interactions, such as death notifications to go unrecorded, but encourages officers to consult supervisors if unsure.

During the pilot program, the policy states, officers will not be disciplined for failing to record an incident. Any footage not flagged as evidence will be deleted at the end of the testing period.

Schaffer says she hopes the final policy will impose some consequences for not recording an incident. She also notes the retention policy on what footage is considered significant and saved could use more clarification.

"Who decides that it meets that criteria?” she asks. “Is there oversight over that decision?"

National recommendations from the ACLU suggest automatically saving footage of any incident involving an arrest or detention, any use of force, any incident tied to a conduct complaint as well as allowing any subject of a video (citizen or officer) to flag the footage for safekeeping. Schaffer suggests any member of the public should be able to flag footage of an incident if they can demonstrate a reason.

Center for Justice and other local police accountability advocates have criticized the department for using the careful development of a camera policy as the reason for holding up deployment, without including the public in the ongoing policy process.

"People are very interested in this, very invested in this,” Schaffer says. "We're really encouraging the city to open up this process. … We're hoping for community engagement on this.”

Earlier this week, Spokane City Council President Ben Stuckart expressed some frustration with how the policy had come together, arguing with Councilman Jon Snyder over how little time city officials would have to offer input.

"This is a draft policy and we will not be able to get this thing perfect or right coming straight out of the gate,” says Snyder, chair of the Public Safety Committee, adding, “It's fully expected that we will be making changes and tweaks to this as we go along. This is such a huge shift and such a big paradigm change that it's hard to imagine us coming perfect right out of the gate.”

"I'm not striving for perfection,” Stuckart responds, “but I'm striving for some input before it's implemented and the policy is on the street.”

Tim Connor, with the Spokane Police Accountability Reform Coalition, has posted a full transcript of the conversation.

The ACLU of Washington, which outlined previous concerns regarding the SPD’s body camera policy in a July letter, says a preliminary look at the new draft policy is encouraging. Spokesman Doug Honig says the new draft has important changes, but could use more clarification on activation requirements and exemptions.

"It's an improvement from their previous policy draft," he says. "We still have concerns regarding whether it's tight enough."

A final policy will also need to address retention protocols, he says, and outline any potential discipline for failing to record.

"In policies, there's always got to be some sort of teeth," he says.

Cotton says the department looks forward to considering as much public feedback as possible in the coming months as the pilot program helps identify any strengths or weaknesses in the draft policy. At the end of the year, officials plan to move forward on a final policy.

“It’s certainly a significant project,” she says, “but I don’t think it will change significantly how we do business.”