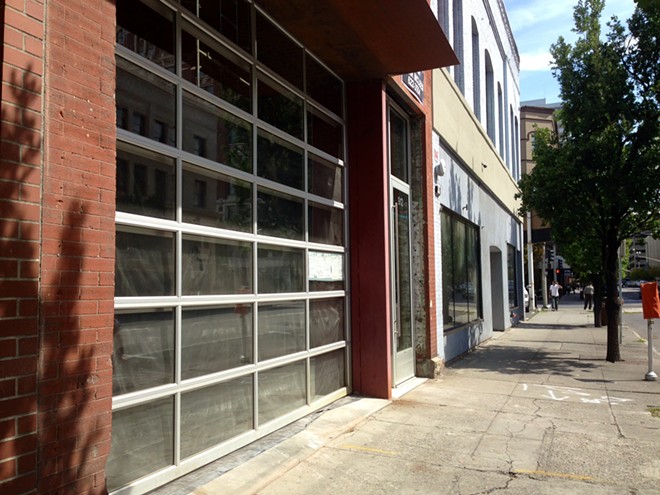 One ordinance would create a $250,000 "Urban Utility Installation Fund." If passed, developers looking to restore buildings downtown could apply for up to $40,000 in city assistance to pay for upgrades to city water or sewer infrastructure. In an example that actually happened with the Big Dipper concert venue this spring, businesses are often required to install fire sprinkler systems in order to bring old buildings up to modern code. To do that, developers have to pay not only for the sprinkler system, but they often also have to upgrade the water line that leads into the building, adding thousands or tens of thousands of dollars to the project's bottom line. In the Big Dipper's case, the city stepped in with a one-time commitment to fund that upgrade. If Waldref's proposal passes a council vote, projects in similar situations could apply for money from the new fund. The money to seed the fund would come from the reserves in the city's utilities department and would be refilled with any new utilities revenue that developers who received funding generate once their projects are operating as restaurants, housing or other businesses. Hopeful recipients would have to prove the viability of their project and the need for upgrades, but specific criteria won't be developed until the ordinance passes.

In her announcement of the policy today, Waldref stood in front of an empty courtyard and string of empty buildings on Sprague Avenue. Nearby, Teresa Gonder and her husband are renovating the 120-year-old brick building at 912 West Sprague to open Tamarack Public House. Gonder says the pair will spend $40,000-50,000 on a sprinkler system in the building and would need another $40,000 to upgrade the water line under the street out front.

"That would have shut the project down completely," she says.

Instead, she's expected to be among the first to benefit from the new utilities fund, with the city paying for the upgrade. "That's the only reason this could happen," Gonder says. She expects the pub to open in October.

Waldref's second proposal (originally pushed by former Councilman Steve Salvatori) would change the sewer rates charged to housing projects in renovated commercial buildings. Today, residential buildings are charged more than commercial locations, so renovating a formerly commercial building to turn it into a mixed use or apartment building means the developer faces a significant jump in utilities costs. Developer Ron Wells, who's renovated buildings across the city and is attempting to turn the dilapidated Ridpath hotel into apartments, says he faces a jump from $800 to $6,000 a month for water and sewer when that building becomes housing. At today's announcement, he called Waldref's proposal a "progressive solution to the inherent uphill battle every developer has" in renovating old buildings.

Both ordinances will get a full council vote Sept. 8.

Waldref is also working with Wells, Downtown Spokane Partnership President Mark Richard and others on a proposal that would plunge the city even further into the public-private-partnership realm. She is hoping to establish a "revolving loan fund" through which the city would lend money to developers like Wells who are attempting major projects and need, along with traditional bank loans, so-called "gap funding" to make their projects happen. Waldref says state law limits the city's ability to do this unless it's funded with federal dollars. She hopes to identify federal sources and create the fund by the end of the year. (Clarification: Unlike the HUD 108 loan the city has considered for the Ridpath hotel, the funds Waldref is eyeing for a new loan fund would not put community development block grant dollars at stake if the borrower defaults.)

OUTLANDER: A new blog on natural resources and outdoor recreation