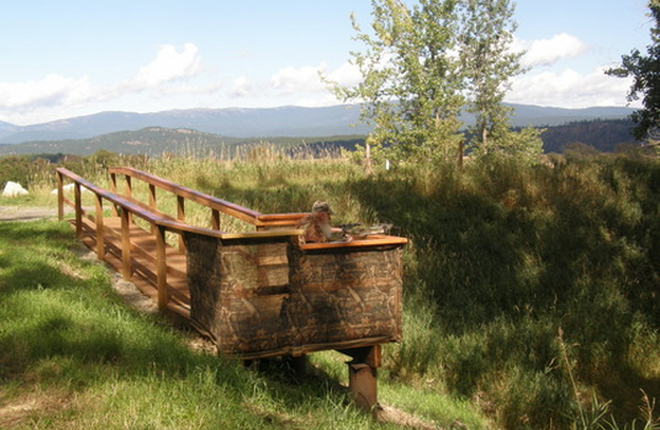 OUTLANDER serves as a weekly round up of Inland Northwest outdoor recreation and natural resources news. This feature will highlight a wide variety of issues and events, ranging from camping stories to national environmental disputes. We’ll also try to include some scenic photos. Feel free to pass along curiosities or suggestions for celebrating the Great Outdoors.

Two recent projects offer increased hunting access to veterans with disabilities, including one ranch in West Richland and an ADA-compliant blind in the Kootenai National Wildlife Refuge. (USDA/USFWS)

British Columbia officials are hoping to get more out of upcoming Columbia River Treaty, but not interested in salmon. And a Toronto university assesses the treaty. (S-R/POWI)

Seattle-based Crosscut runs a two-part series (one, two) on the increased risks and costs of wildfires. (Crosscut)

LOCAL EVENTS: Spokane also has a ton of outdoor activities in our Calendar listings this week:

• The Idaho Humanities Council plans to host five readings on wilderness in history, literature and politics, starting tonight in Moscow. Participants have to commit to all five over the next month. An exhibit will also celebrate wilderness in mixed-art media.

• Lookout Pass plans to hold a job fair for lift operators, cashiers, ski/snowboard tech and other positions from 9 am to noon in Mullan, ID.

• Local tree experts will lead a walking tour of fall colors at Finch Arboretum from 1-4 pm.

• Washington Trails Association will host a work party on the Iller Creek trail Saturday and Sunday.

• “Return of the Zombies” haunted hike at Riverside State Park starts at 6 pm.

• Warren Miller’s No Turning Back screens at the Panida Theater in Sandpoint.