Three possible names for that still-unnamed plaza near City Hall 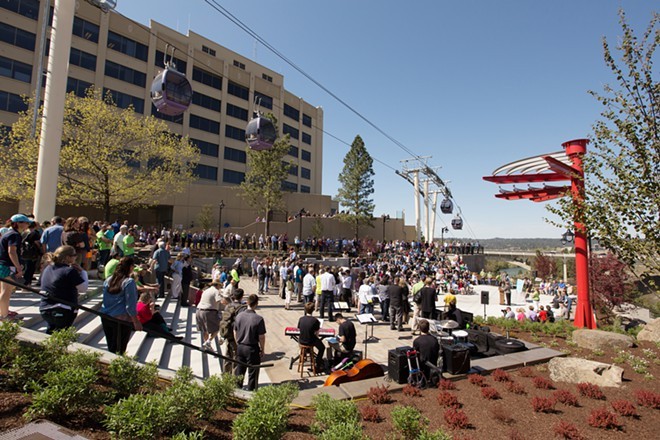 Remember earlier this year when the city planned to name a new plaza next to City Hall after Spokane founding father James Glover? They'd even already bought the stone engraved with his name on it. Then, some city councilmembers started to wonder whether Glover was really the type of guy we wanted to be naming public gathering spaces after. As it turns out, Glover's history is, well, complicated, especially around how he treated his wife. The Inlander published an in-depth story about his troubled legacy this summer, which you can read here.

After the council backed away from the name "Glover Plaza," the city asked for suggestions from the public about what to name the area. They got a range of responses, including a small campaign to name the plaza after local writer and musician Isamu Jordan, who died last year.

Now, the Plan Commission (a group that advises the city council, but can't make these decisions on its own) is recommending three possible names to inspire the naming of the plaza:

WHAT'S UP TODAY? Debates! Galas! Bass! And doing the Timewarp!