'All these other retailers are gouging people,' and other pot news 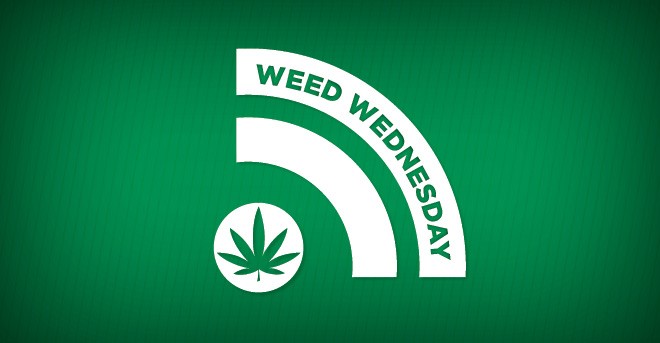 For my final Weed Wednesday, I thought about just posting the SNL sketch from over the weekend in which Woody Harrelson wears dreadlocks and leaving it at that. But there's a lot to talk about, so skip to the end if that's all you're interested in.

Stores across Washington continue to get licensed and have now topped $40 million in sales. If you think you're noticing more edibles in those stores, you're not imagining it. More than 100 marijuana-infused products have now been approved for sale.

In Spokane, the owners of Cannabis & Glass, who we wrote about last week, continue to promote their low prices. They called us this morning to tell us everything they have in stock is $20 a gram or less and that "all these other retailers are gouging people." It's an interesting tactic in an industry where many of the players like to emphasize how they're all in it together fighting against prohibition. It is, after all, also a competitive business, too. This might be our first look at how that competition is going to play out in Spokane County, where eight stores are now vying for your dollar. (By the way, find all those stores and their contact info here.)

Washington State Liquor Control Board Chair Sharon Foster and member Chris Marr (formerly a state senator representing Spokane) will step down early next year. Marr says he plans to become a lobbyist, though not for alcohol or marijuana companies. (SR)

The state's first marijuana auction took place in Prosser over the weekend, raking in $600,000. The state-licensed grower said he was selling his crop to spend more time with his grandson. (AP)

In Colorado, regulators want the state to pre-approve all edible marijuana products. Washington already requires testing of all edibles and pre-approval of their packaging. (NYT)

Ever heard about the doomsday vault in Norway that includes a bunch of cannabis seeds? Legalization activist Tom Angell writes about the vault this week. "There are 21,500 cannabis seeds being held for safekeeping in the vault," according to Angell. "That’s more weed seeds than there are asparagus, blueberry or raspberry seeds stored at the facility. There are more marijuana genetics in the 'Doomsday Seed Vault' than there are for artichoke, cranberry and pear combined."

Bob Marley's family is creating its own brand of weed to sell in states with legalization. The company "will offer organically grown heirloom Jamaican marijuana strains, in keeping with Marley’s preference for high-quality marijuana grown without the use of fertilizer," reports the Washington Post.

Looking for holiday pot recipes? The Cannabist has you covered.

I have no idea if this is real, but I hope it is: Three grandmas smoke weed for the first time. "I would do it again, if I can get this bag of chips open."

Have you watched the web series about a New York City pot delivery guy, High Maintenance? Everyone basically loves it and Vimeo recently committed to fund six more episodes. Find them all here.

Now, that sketch. Woody H. is a well-known cannabis activist. (He and other famous people sit on NORML's advisory board.) It is worth pointing out, as Jezebel did, that while I'll never get enough of that look on Harrelson, New York's pot shift isn't actually aimed at helping white people get out of their apartments more.