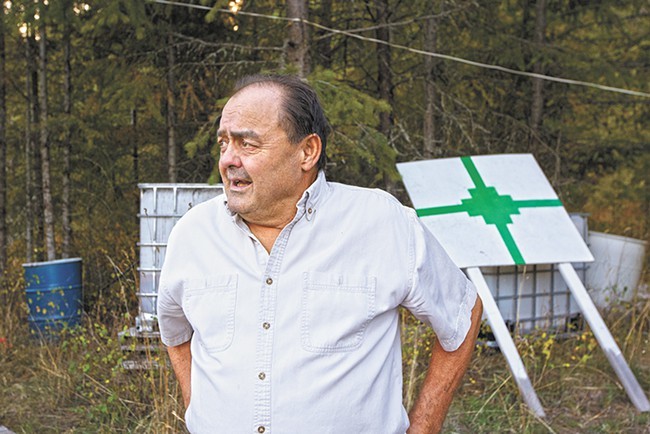 Young Kwak
Larry Harvey, one of the "Kettle Falls Five" defendants, now has until at least February to prepare his defense after a judge delayed the trial set to begin today.

A highly anticipated federal medical marijuana trial against a family dubbed the “Kettle Falls Five” scheduled to begin today will now wait until at least February following a continuance from the new judge taking over the case. The new trial date is set for Feb. 23.

Larry Harvey, 70, one of the defendants, filed a speedy trial waiver today, asking for more time to coordinate witnesses. Federal agents charged Harvey and others with illegally manufacturing marijuana after spotting his personal grow operation near Colville during an aerial search in 2012.

“If they put me in prison, it’s a life sentence for me,” says Harvey, who faces a sentence of at least 10 years if convicted.

In October, the Inlander wrote extensively about the Harvey case and the existing conflicts between state and federal law on marijuana. Many other publications as well as advocacy groups have singled out the Kettle Falls Five case as an example of the troubling legal gray areas surrounding marijuana legalization.