What it's like to interview nuns in a cloistered monastery 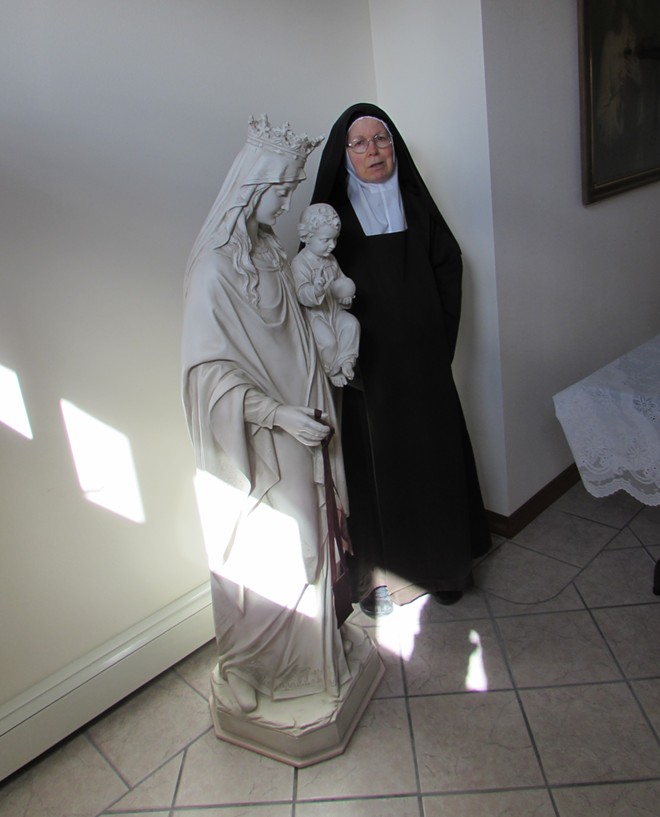 Daniel Walters
After 28 years in monasteries, Sister Marie Joseph is no longer cloistered, but she still helps out her fellow nuns at the Carmel of the Holy Trinity.
Typically, trying to get an interview with a closed-off organization goes like this: You call some high-up corporate public relations manager, he asks you what your story is about, you tell him and ask for an interview, there's a negotiation over terms, and, if you're lucky, you get a brief conference call interview with a jargon-spouting executive with the public relations manager occasionally interrupting.

But the Carmel of the Holy Trinity monastery is a closed-off organization in a more literal sense. When I wanted to reach them to talk about their worries that a proposed development could harm the silence and privacy they've built their lives around, it was a lot trickier.

First of all, there's no marketing professional or public information officer to set up the interview. I called up Eric Meisfjord, the communications manager of the local Catholic diocese, but he said he couldn't help me. The Carmel is not officially affiliated with the diocese, rejecting the changes of the Second Vatican Council, by, for example, continuing to have mass in Latin.

I tried to call the diocese number directly. But there's only 30 minutes each day — from 10:45 am to 11:15 am — when they answer their phones. And on Thursday, at 11 pm, there was no answer.
click to enlarge Daniel Walters
Sister Marie Joseph outside the stone walls of the Carmel of the Holy Trinity, near the now-closed Painted Hills golf course in Spokane Valley.

So, Friday morning, I just decided to drive there, down to the Spokane Valley, down Dishman Mica Road. Google Maps GPS gets the final leg wrong, and deposits me in the middle of Spokane Valley suburbia. "You have arrived at your destination," my smartphone lies.

I fumble my way around for a half an hour before finally arriving, there's a mid-sized stone building, cross on top, with a 10-foot-high wooden fence surrounding 18 acres of property. There are no holes, cracks or slats in the fence that you could look through.

I ring the doorbell at the wooden door to the side, and wait. Finally, there's the sound of footsteps, and Sister Marie Joseph opens the door. For health reasons, she's no longer a cloistered nun here. But she still helps out, cleaning the outside rooms where the cloistered nuns are not allowed to tread.

She says she'll have the prioress, Mother Marie of Jesus Hostia, give me a call later that day. When she calls, we set up an in-person meeting, after Saturday's Mass. She asks politely that, since I'm not Catholic, that I refrain from taking Communion with the congregation. I agree.

I'm hoping to have a tour of the monastery — to see where they pray, eat, and garden. Instead, after Mass on Saturday, I'm led into this room: 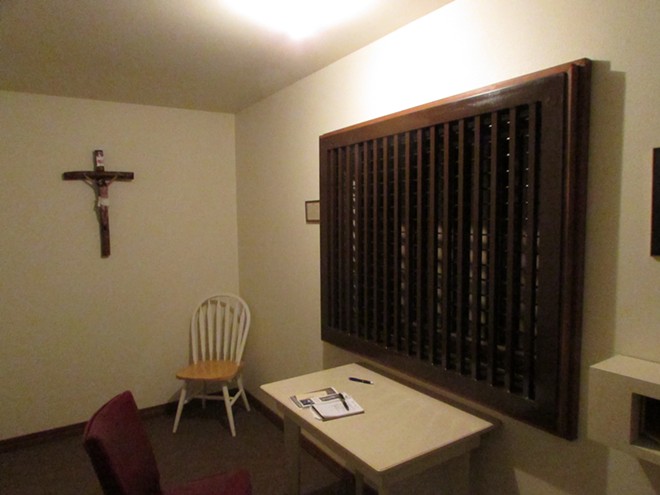 Daniel Walters
The "small parlor" room, where I interviewed Mother Marie of Jesus Hostia and the subprioress from behind an opaque screen.
Mother Marie and the sub-prioress (who requested her name not be used) are behind those brown bars and a black screen. I can't see them. They explain that looking upon the faces of strangers, or even their own congregation during Mass, is a considered a distraction. There are exceptions, of course, like when the nuns leave the monastery for medical or dental appointments.

But in this case, I have to settle for hearing their voices through the grate. When they pass me pamphlets about their order, they don't slip it through a slot. They place it in a revolving cabinet called a "turn," a device used in monasteries since the medieval ages, and spin the cabinet around so I can take it. They receive food in a similar fashion.

Larger gifts, like the rhododendron the Dominican Sisters from Post Falls have brought, are left in a hallway that works as a kind of airlock. The outer door is closed before the inner door is opened.

In 1996, the New York Times wrote a great piece about a similar monastery in Brooklyn. (Which, presumably, would have even greater noise and privacy challenges than in Spokane Valley.) Check it out if you're curious.

Daniel Walters
A notice explaining, in English and French (with a Latin "Thank You") that another nun will be silently listening in to conversations held through the grate in the parlor. 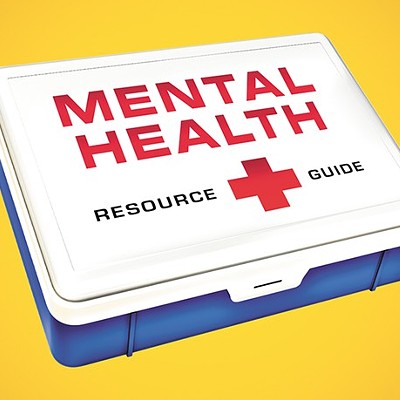 A dramatic doc takes on sex trafficking, ask a cop and test your brain tonight in Spokane