Ever wished you could carry powdered alcohol in your purse for impromptu shindigs? Just think of the possibilities. The product— Palcohol— exists, on the planet now and in stores some places this summer. But it probably won’t exist in stores in Washington. Ever.
click to enlarge 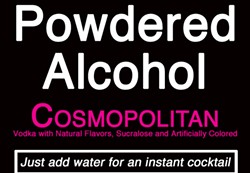 Earlier in the current legislative session, the Senate had gotten the ball rolling with an effort to regulate the powder in ways similar to liquid alcohol. The House of Representatives did them one better on April 13, voting 91-6 to ban powdered alcohol for everyone but researchers.

Rep. Jeff Holy from Cheney worried that people would sneak Palcohol into places where alcohol has no place, like church, maybe, or the library. Schools. Anywhere, really. It would just be too tempting. Alcohol needs to be kept big and bulky and in need of a vessel to be safe in Washington. Senate Bill 5292 got kicked back to the Senate for approval on the changes.

Mark Phillips created Palcohol because he loves to hike and drink and he wanted to combine those hobbies without limiting his outings to hikes that could be completed comfortably while carrying beer and wine and whatever else he wanted to drink that day. He started trying to find powdered alcohol and it didn’t exist. He was, like, "Huh? How can this not even exist?"

From there things snowballed. He found scientists around the globe. They appreciated his vision and worked together to create Palcohol. Triumphant, he returned to the United States to share the good news: Portable alcohol for hiking and climbing and cycling. Plus, there are apparently science and military applications. Palcohol, yay!

Then Phillips' bubble burst a bit when several states started railing against his product. Alaska, Delaware, Louisiana, South Carolina and Vermont have already banned the stuff, according to the National Council on Alcoholism and Drug Dependence. But, more importantly for people in Spokane, what’s Idaho thinking?

Director of the Idaho Lottery & Idaho State Liquor Division Jeff Anderson says that though their state hasn’t outlawed powdered alcohol, he doesn’t envision it will ever be sold there.

“In the beverage alcohol business there is labeling on packaging that informs consumers about alcohol content, whether it be a 3.2 beer, a 13.5 wine or a 40 proof spirit,” says Anderson. “With powdered alcohol, consumers mix it and people could mix it improperly and end up with a beverage that is 170 proof instead of 80 proof.”

The Idaho State Liquor Division has the authority to regulate Palcohol and Anderson intends to use that power to keep the product out of the state.

“I presume if that were challenged the Idaho Legislature would step in and do the same thing they’ve done in Washington,” says Anderson. 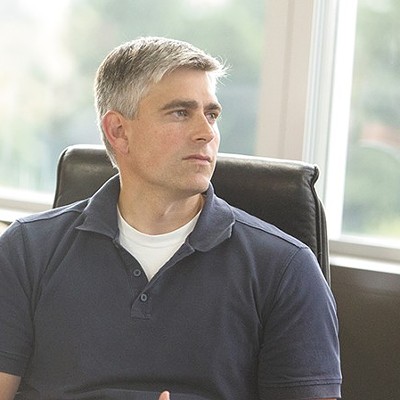