First, of course, is a jumbo-sized catalog of hits to draw from when they hit the stage. Huey and his charges were so prevalent on the radio and MTV in the '80s that they can easily play a show of nothing by recognizable crowd-pleasers, as opposed to some legacy bands who try to stretch their three big hits into a 90-minute show. They can't resist throwing a few new tunes in the set, of course, but they don't have to pad the set with junk.

The band also has a great sense of humor about being an oldies band, with the affable frontman making several good-spirited jokes about his own age, and that of his audience, as well as the tendency of classic rock crowds to hate hearing new music from their favorite old bands. To wit: At one point, after asking how many in the crowd had seen the band before, Lewis said, "I know some people have seen us before. And I know how they feel. 'I'm tired of the old stuff. I want to hear the new stuff!'" That was a pretty funny way to introduce one of the few new songs delivered at the sold-out show at Northern Quest Resort & Casino Sunday night, a so-so tuned called "Her Love is Killing Me."

The biggest advantage Huey Lewis & the News take to the stage in 2015, though, is that the band is fully capable of sounding exactly as they did during their heyday three decades ago. Back when they were megastars, they were pretty much a bar band with a really good-looking frontman, playing straightforward rock 'n' roll tunes that nodded to soul and R&B here and there. In 2015, Huey is still a pretty good-looking dude, the hooks remain the same, and band (abetted by a horn section) sounds great playing a set of monster hits, well-chosen covers and those few new songs.

With stars visible for the first time in recent memory, and a chilly bite in the air that definitely felt like fall, Lewis and Co. took the stage to the heartbeat of "The Heart of Rock and Roll," a song that is not only one of the band's biggest hits, but gives them the opportunity to shout "Spokane!" in the spot typically held for "Detroit!"

"If This Is It" and "I Want a New Drug" came in rapid succession, and the band had the crowd on its feet from the get-go, where they stayed through a show that included an excellent a cappella mini-set mid-show, a staple of Lewis and the band through the years. The band's take on "Little Bitty Pretty One" was excellent, and a primo example of how the band reaches backwards to rock's early years to forge their own pop-rock style.

Longtime members of the News, guitarist/saxophonist Johnny Colla and drummer Bill Gibson got some big love from the crowd when Lewis introduced the band, as did lead guitarist Stef Burns, who spent the night stepping forward for surprisingly raucous guitar solos song after song; there were moments I thought the show was turning into a tribute to Carlos Santana thanks to the repeated focus on Burns' guitar.

Among the highlights of the show were "Jacob's Ladder," "Heart and Soul" and "It's Alright," and the reggae-tinged "While We're Young" was the best among the yet-to-be-released songs that the band delivered.

Opening the show was a surprisingly spry Eddie Money, who laced a set full of hits like "Baby Hold On to Me," "Shakin'" and "Two Tickets to Paradise" with some true enthusiasm for the casino's outdoor venue: "I'm up 150 bucks!"

There are still a couple of shows left in Northern Quest's "summer" season, but be forewarned, it was pretty damn cold by the end of this trip back in time with Huey and Eddie. Dress accordingly if you hit "Weird Al" Yankovic or the Yes/Toto show.

THIS WEEK: Heroes of Dirt, Bach, Biters, Melvins and pigging out all weekend 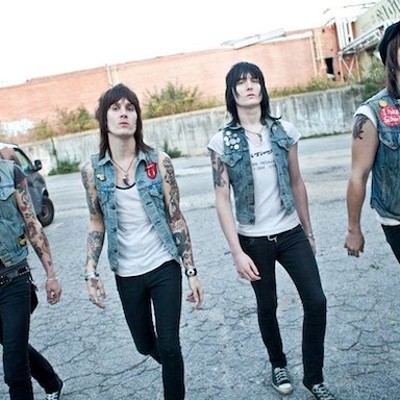