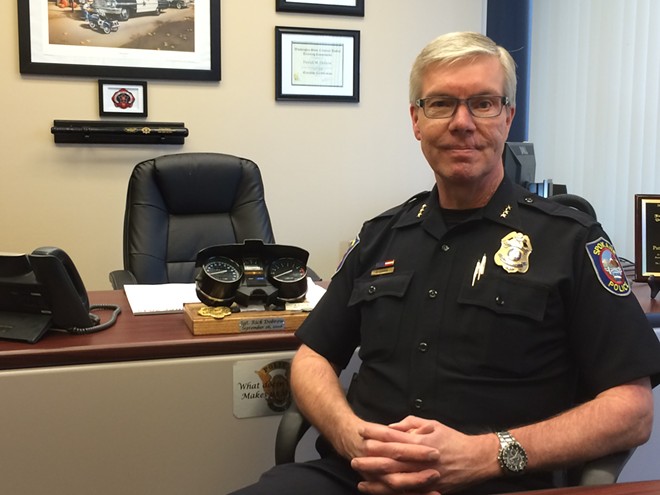 After former Spokane Police Chief Frank Straub was forced to resign last week, Mayor David Condon appointed Dobrow as interim. The mayor has said that he does not yet have plans for a nationwide search for a new chief.

We sat down with the 21-year veteran of the SPD last Friday afternoon to get his thoughts on his new responsibilities, the direction of the Spokane Police Department and Straub's tenure.

INLANDER: What's your No. 1 priority as new chief?

DOBROW: Actually, we have three priorities, and they haven't changed. No. 1, we're going to continue our efforts to drive down crime. Under Chief Straub’s leadership, we have been very successful in fighting crime. We’re riding on a double digit crime reduction right now, but I think we can do better.

No. 3: We still have this [Department of Justice] collaborative reform effort, and matter of fact, the mayor, the city administrator and I had a conference call with the Department of Justice C.O.P.S. (Community Oriented Policing Services) office at 11 o’clock this morning, assuring them that we are totally committed. Our commitment level has not changed with a change in leadership.

We’re continuing to move forward with the implementations of 42 recommendations. And I am very very proud of the success so far and how far we have gone.


Will you make any staffing changes?

No, and you wanna know why? There have been so many changes in just the last three years, I think what people want internally is for the machine to slow down. For us to be able to pause, catch our breath... and figure out what we need to do to make every single person feel like they’re a valued member of the organization and create an environment where everybody feels safe to be able to express an opinion and provide information without feeling apprehensive and create an environment where people are energized to come to work.


You see yourself as a stabilizer?

I do, because you wanna know something? I'm a cop. I was hired as a cop, I worked the street, I worked by way through the chain of command, and I know what it feels like to have an unsettled feeling in my stomach. I don't want people distracted by what's going on in here.


There was some concern when Frank Straub was first hired that he wasn't a commissioned officer, how important is that?

In the eyes of cops, it’s very important. Credibility. I’m not saying that it’s deserved in some cases, but cops are a different group of people, and they’re a rough crowd.


What's the most vital fix for SPD?

Trust within the organization. People feeling that the environment is safe enough to where they want to participate in providing information, whether it’s through committees or whether it’s just ad hoc. And asking people for suggestions about 'How do we improve? What are better ways to do things?'

This is where I differ from former Chief Straub. I’m not an academic, and I have never claimed to have all the answers. There are a lot of very, very talented, bright people within the organization, and I think they deserve a voice.


Is that the kind of environment Straub created?


You were assistant chief for a while under Straub. Did he mentor you in any way?

He may not have done much formal mentoring, but I was recording everything that he did — the positive and some things that I might not find effective.


Can you give me an example of each of those?

Yes, for every action you take there’s a reaction, and you have to think of every single potential consequence. And sometimes if you make a decision too quickly, you might miss one of the collateral effects. In order words you have to recognize an incident not specifically for what it is but what it may become or what its potential could be.


And an example of what you learned doesn't work?

I’ll tell you this: He never created an environment where I felt safe enough to be entirely candid with him. It was always very formal. I always addressed him by 'Chief.' It was never a relaxed environment even if we were out at lunch together.

We talked about [managing] people, and I would say that's a challenge for him.


Did you ever disagree with any of his decisions?

Yeah on a couple of disciplinary things. I’m more of a disciplinarian. [Straub] can be pretty abrupt and hard line, but he seemed to be kind of soft-sided sometimes when it came to some of the disciplinary issues.

I can’t speak freely about our internal affairs investigations, but an investigator would make a recommendation for a suspension of 40 hours, for example, and [Straub] would counter with, 'How about half that?'


How long do you plan to stay in this position?

As long as the mayor wants me to be here. If I was asked to stay on a more permanent basis, I would commit to that. There is way too much at stake to not take an opportunity that I’m given to lead an organization that is just a few clicks from greatness.


The job description for police chief requires a college degree. Do you intend to pursue any higher education?

I'm 55 years old. I'm done with my education. Life experience adds a lot to how effective you are, and I have just under 34 years of being in this business, working in almost every aspect of law enforcement. I would put that up against a degree. But really at this point if education becomes such an issue, then I wouldn’t compete. 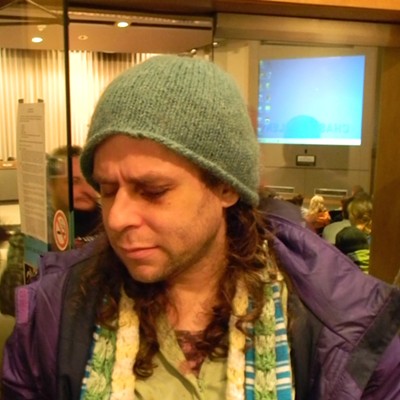 Charges for men involved in attack on transgender woman dropped