Jake Thomas
Mayor Condon addresses the media at an event yesterday reporting the progress of the Family Justice Center.
On Inlander.com

Spokane city leaders are praising the work of the Family Justice Center, housed at the YWCA of Spokane, less than a year into the program's founding. The center supports local victims of domestic violence by brining together law enforcement and other services, and also holds offenders more accountable for their actions because more officers are following up on victims and misdemeanor cases.

The U.S.'s largest drugstore chain, Walgreens, is about to get bigger. The giant plans to purchase its smaller competitor Rite Aid for $9.4 billion. The sale still needs approval from the FTC. The merger would position Walgreens on a more even level with one of its major competitors, CVS Health Corp. (Reuters)

The FBI has launched a criminal investigation into an incident at a South Carolina high school, where a security officer was recorded throwing a teen girl from her desk and dragging her across the floor. The officer, Ben Fields, was fired today. He was called to the classroom to remove the disruptive student, and when she refused to leave Fields forcefully attempted to remove her from her desk. Other students filmed the incident which has spread across the Internet. (ABC/LA Times)

Former House Speaker Dennis Hastert has agreed to a plea deal for agreeing to pay someone he'd wronged $3.5 million to keep them quiet. The deal involved Hastert pleading only to hiding the transactions in a way to mask where the money was going. A sentencing date is set for Feb. 29, at which he could be served a prison sentence or no time, based on his lack of previous criminal history. (CNN)

The two caracal kittens born last month at the Oregon Zoo in Portland were out and about recently exploring their enclosure with mom, Peggy. The male and female kittens were recently named and are seriously the cutest little baby wild cats we've ever seen. (Zoo Borns) 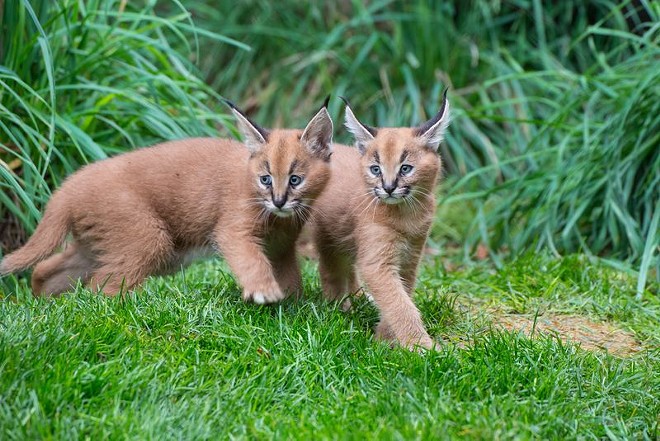 ZooBorns / Oregon Zoo
The two caracal kittens at the zoo were born in September.

#UberKITTENS is coming to Spokane. Tomorrow!