THIS WEEKEND IN MUSIC: Trans-Siberian Orchestra, Commodores, Puscifer, The Round #13 and more 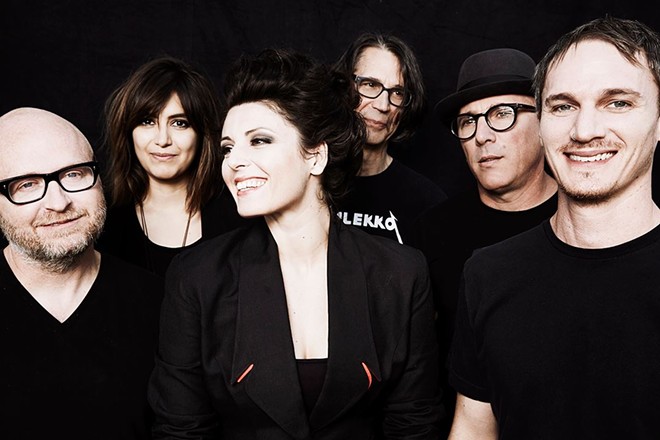 Puscifer headlines the INB Performing Arts Center on Sunday.
Work off some of those Thanksgiving calories by catching some live tunes this weekend. There's a surprising amount of gigs offering you the chance to get out and rock out.

Get your holiday madness off to full roar with a visit from the bombastic Christmas-loving metalheads in Trans-Siberian Orchestra, who are hitting the Spokane Arena tonight. Here's a sample:

If you'd rather delay the inevitable onslaught of holiday events, head to the Knitting Factory for a night of hard-rock featuring All That Remains, Devour, Sons of Texas and Audiotopsy.

And if you're over Sandpoint way, catch some cool Canadian hip-hop at The Hive, courtesy of Sweatshop Union.

The Big Dipper hosts a CD release party by Amnija and Minds Decay, who will be joined by the The Dead Ones and Naked Under the Bus.

The Bartlett hosts its 13th version of The Round, an art and music collaboration that this time includes Bob Riggs, N. Sherman, Ruth Henrickson, Fitz and John Deviny.

Tool frontman Maynard James Keenan has several side projects to his main band, and Puscifer might be the most intriguing one (aside from the winery). The art-rock-meets-comedy collective headlines a show Sunday at INB Performing Arts Center. Don't be late—word is the opening act will have some special guests you won't want to miss. Here's a sample of the more serious tone (at least sometimes) on Puscifer's new album: