What David Bowie means to the local music scene

But he was just here. His jazz-infused Blackstar was released Friday. His brand new musical Lazarus, inspired by The Man That Fell To Earth, was wrapping up its off-Broadway run. It seemed there was so much left he needed to create. Maybe there was so much more we needed him to create. But late Sunday, David Bowie breathed his last. He had lived with cancer for 18 months. The public was unaware.

Expertly planning his exit, says his producer, he wanted his last music to us to be judged on its own accord, not because he was sick. The lyrics to his recently released “Lazarus” music video begin with: "Look up here, I'm in heaven!" But how would anyone have guessed?

Monday, the outpouring from around the world has burned brightly through the Internet. Turns out the English singer, formerly known as Ziggy Stardust, made people believe it was OK to be weird, to be from a different planet, to be entirely themselves.

Bowie can enjoy his existence on Mars, or wherever he is now.

While he did collaborate with Spokane's favorite musical son Bing Crosby, here’s what the famed entertainer meant to some musicians and music writers in the current local scene.

“David Bowie always seemed sort of immortal because his music consistently had a resurrection-like quality, as if he was reborn on each new record. Between that and his relative youth, this is all kinds of twisted. The man had a near-flawless streak of LPs in the 1970s that completely encapsulated a decade with an authenticity and eloquence that no other artist has ever been able to accomplish. The so-called "Berlin Trilogy" is probably the most perfect series of consecutive albums ever released. RIFP.”
— Jordan Satterfield, Loomer

"I walked a mile to work every day in the winter of 2004. I was going through some rough times, and I liked the alone time to clear my head. It wasn't, however, silent. I had David Bowie blasting in my headphones. This was before the popularity of smart phones and iPods — I listened to a burned CDR of "Hunky Dory" on my Sony Discman nearly every day, hoping my batteries would last the whole walk. I'll never forget that time in my life, and how much that album helped me feel good. Thanks for doing it differently, Bowie."
— Aaron Bocook, 66beat

“David Bowie was a true artist and a genius, leaving a legacy of accomplished musicianship and inherent creativity. It's astonishing the depth and layers to his career. If you are a musician it's impossible to not be inspired by him.”
— Karli Ingersoll, of Cathedral Pearls and Windoe, Bartlett owner

"Bowie haiku:
An Alligator
A space invader David
Is there life on Mars?"

This is my final transmission."
— Joshua Martin, drummer Buffalo Jones

"Like all things, rock ’n’ roll is aging. At some point we will be living in a world with no Paul McCartney, no Keith Richards, no Mick Jagger. I am not looking forward to this. The loss of David Bowie is staggering to music. I imagine he still had plenty that he could have done. Still, I am thankful that the music doesn't die when the musician does. What an incredible legacy he left behind! If nothing else, his loss pushes me to create even more music than I had already planned to make."
— Glenn Case, bassist Buffalo Jones

"I distinctly remember the day I went to the store to buy David Bowie's Let's Dance album in 1983. I wasn't a teenager yet, I had just gotten MTV, and the videos Bowie made for the title song, "China Girl" and "Modern Love" were in seemingly constant rotation. '80s Bowie is widely criticized by his hardcore fans (and often by the man himself) as the "worst Bowie," but I still love that album and some of the other, poppy Bowie tunes of that era. "Blue Jean" from the follow-up album. "Underground" from the Labryinth soundtrack. They are part of my childhood, and served as the gateway to all the great so-called "cool Bowie." I dare anyone to go watch the "Modern Love" video and tell me that wasn't a "cool Bowie," too."
— Dan Nailen, Inlander music writer 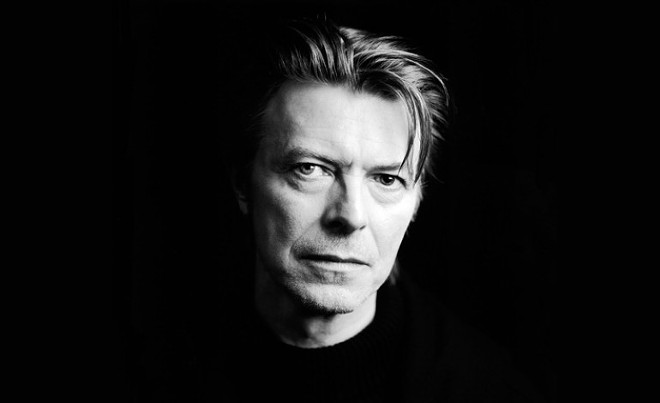 Bartlett Awards to celebrate acts specific to their venue, and voting is still open

Largest Powerball ever, Obama's last State of the Union and news to start your day