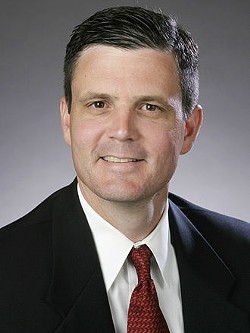 Auditor will stay in office
Troy Kelley, Washington state's embattled auditor who is facing federal charges for his past business practices, has survived recall attempts and won't be impeached by the legislature.

Reunited
Police have arrested a bike thief. Now they are trying to reunite various bike parts with their respective owners.

Jobs report out
The U.S. economy added 242,000 jobs last month and unemployment held steady at 4.9 percent. However, wages are down slightly.

When Mitt attacks
Mitt Romney, the GOP presidential nominee in 2012, gave a withering speech against current Republican presidential frontrunner Donald Trump, calling him a "phony" and a "fraud."

Speaking of Republicans, they held their 11th presidential debate in Detroit. Here's a taste: