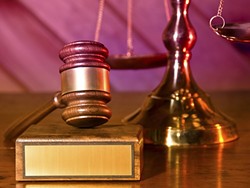 Earlier today, the U.S. Supreme Court tied 4-4 on a closely watched court case that conservatives hoped would deliver a potentially crippling blow to organized labor that would’ve been felt in Washington state.

At issue with the case, Friedrichs v. California Teachers Association, was a California law that required public employees who chose not join unions to still pay them fees for representation, collective bargaining and lobbying. More than 20 states, including Washington, have similar laws. The arrangement keeps unions, which hold political clout in states like Washington, viable. Critics argue that this arrangement unfairly forces employees to pay for political activities they may disagree with, violating their First Amendment rights.

The tie is possible with the vacancy created by the death of Justice Antonin Scalia, considered part of the court’s conservative wing who was seen as likely to vote to strike down California’s law. A lower court ruling favoring the union will stand.

A more narrow 2014 ruling, Harris v. Quinn, determined that partial public employees, such as home care workers paid with state funds, could opt out of joining a union or paying fees. The Freedom Foundation, a conservative think tank and advocacy group based in Olympia, has used the ruling to peel back members of one Service Employee International Union affiliate that represents home-based child care providers.

In an email, Maxford Nelsen, director of labor policy for the Freedom Foundation, wrote that he expects the issue to come before the court again once Scalia’s vacancy has been filled, meaning the “ultimate outcome of this issue now appears to hinge on the presidential election.”

“I have to admit I was a bit disappointed to see the court’s ruling this morning, but it wasn’t unexpected,” wrote Nelson. “The court’s 4-4 split has no precedential value and leaves the movement to end the injustice of compulsory union dues for public employees no better and no worse off than it was before Friedrichs. After Justice Scalia’s passing, this issue was always going to come down to his eventual successor.”

In a statement, Washington Public Employees Association President Kent Stanford had this to say:


“Today’s Supreme Court ruling upholds the system of public-employee representation that has been working for nearly four decades. Public employees keep the right to come together through union power to speak up for each other. But we know that this isn’t the end. The Supreme Court is under increased pressure from wealthy special interests who oppose the rights of working people. In the face of ongoing political attacks, WPEA continues to stand up for the rights of our members. The voice of working people will not be silenced.”


“Groups like the Freedom Foundation are still trying to destroy our union by deceiving us into dropping our membership. We won’t let that happen. As a Family Child Care Provider, I’ve seen the power we have when we stick together. We’ve been able to win higher subsidy rates and training funds and improve access for children and parents. Join me in standing strong with our Family Child Care union – SEIU Local 925. We are stronger together.”