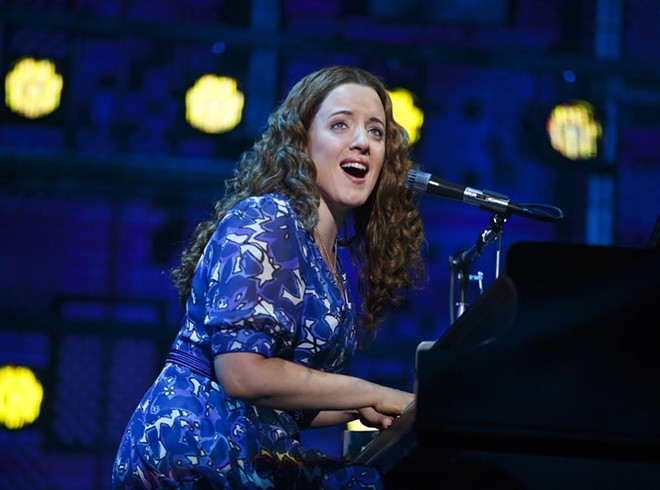 A scene from "Beautiful, The Carole King Musical."
As the final engagement of the current 2015-16 WestCoast Entertainment Best of Broadway season approaches (Newsies is here May 3-8, which you can read more about in Thursday's edition of the Inlander), the lineup of productions coming through our fair city starting this fall is ready to go.

This morning the lineup was officially announced, which includes three touring shows that are currently enjoying Broadway runs in New York City. Also back for a third year is the popular National Geographic Live! series, which features photographers, scientists and writers who've traveled around the globe on assignment for the magazine.

Below is the scoop on what's coming for the 2016-17 season. Season ticket packages go on sale for the upcoming season today, with a deadline to renew of May 31. Single ticket on-sale dates are to be announced early this summer.

National Geographic Live!
"Rhinos, Rickshaws and Revolutions" with photojournalist Ami Vitale, on Oct. 26
"Ocean Soul" with underwater photographer Brian Skerry, on Feb. 8
"Point of No Return" with mountaineer Hilaree O'Neill, on March 15
"I Bought a Rainforest" with Charlie Hamilton Jones, on April 26

Most notably, one highlight booking of the upcoming season, Andrew Lloyd Webber's The Phantom of the Opera, has been refreshed and updated from its original 1980s treatment. The show then went on tour for a sell-out visit to the United Kingdom. The same show coming to Spokane includes all new set, lighting, costuming and choreography, along with special effects. A cast of more than 50 also makes this version of Phantom one of the largest productions out there.