NEWS: Sheriff says deputies will renew rape investigation of former Bowdish Middle School teacher
InHealth: How are we going to get all that food to Mars, you guys?

Hearing held on Longview coal terminal
People drove to Spokane from Idaho and Montana to weigh in on a proposed coal terminal in Longview, Washington. If approved, 16 coal trains would pass through communities in Idaho, Montana and Washington daily as they make their way to the terminal.

Cellphones could be giving you cancer
A new study from the U.S. National Toxicology Program has found that male rats exposed to large doses of radiation from cellphones developed brain and heart tumors.

Rise of superbugs?
American military researchers have found the first ever patient infected with a bacteria that's resistant to an antibiotic often used on germs that resist all other drugs. Although the patient has recovered, the incident raises concerns about "superbugs," bacteria that can't be treated with antibiotics.

Daiquiri Factory reopening
Remember the Daiquiri Factory? Well Jamie Pendleton, an embattled local businessman, is planning o reopening the establishment this summer. However, Spokane police have objected, noting the high volume of calls for service to the business.

Obama appears at atomic bomb memorial
Barack Obama became the first sitting U.S. president to visit Hiroshima, one of two Japanese cities bombed with atomic weapons during WWII. In his remarks, Obama stopped short of apologizing for the bombing but called on the world to "choose a future when Hiroshima and Nagasaki are not considered the dawn of atomic warfare but as the start of our own moral awakening.” 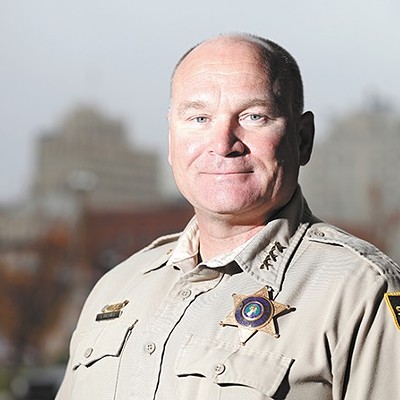 Can someone afford an apartment on minimum wage in Spokane or Coeur d’Alene?