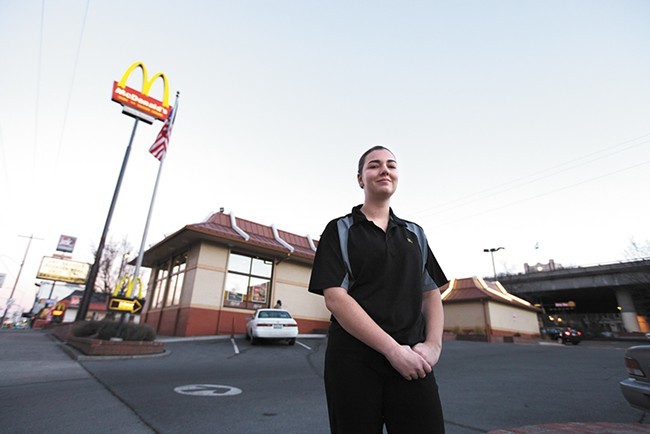 More than a quarter of the jobs in Spokane County pay less than $12.23 an hour. Initiative 1433 would change that, impacting fast food joints and coffee stands in particular.
We've written a lot about the minimum-wage hikes proposed by Initiative 1433 — reaching $13.50 by 2020 — but so far, we haven't really gotten into just how big that change would be for Spokane County.

In other words, just how many local jobs would have their pay structure altered because of the initiative? And how much would that cost local businesses?

This week, Anneliese Vance-Sherman, the regional economist for King County, sent over a rough estimate from Scott Bailey of the Washington Employment Security Department.

He essentially creates a "What If" scenario.

Like, say, Earth 2, from The Flash, except instead of the alternate-universe being plagued by the malevolent speedster supervillain Zoom, this Earth 2 is exactly the same in every way except that Initiative 1433 was already fully implemented in Washington state. Then he takes that lens and applies it to the economic situation last year.

"This exercise does NOT imply what the impact of an increase in the minimum wage would be, as employers may react to an increase in a number of ways (e.g. reduce profits, increase prices, increase automation, reduce hours worked, up-skill lower-wage jobs, etc.)"

In other words, it just gives a sense of the scope of the required wage increases, not their actual impact.

— Over 15,000 of those jobs in Spokane County were minimum-wage jobs, about 6.7 percent of the total.

— Okay, that's the worker angle. But about how much more in salaries, theoretically, should Spokane County expect to pay? More than $96.6 million in today's dollars, the data suggests  — about 1.1 percent of their total payroll.

That number differs from county to county, the data shows. Spokane has a lot more low-wage jobs than Snohomish County, so far fewer jobs would be impacted.

Nearly a third of Lewis County is paid below $12.23 an hour currently, compared to less than 6 percent in Whitman County.

But, of course, the impact is radically different for different industries. The construction and manufacturing industries already pay their workers relatively well, so they're unlikely to see much of a change in their payroll at all. But the agricultural, fishing and forestry industries would see a significant big bump. 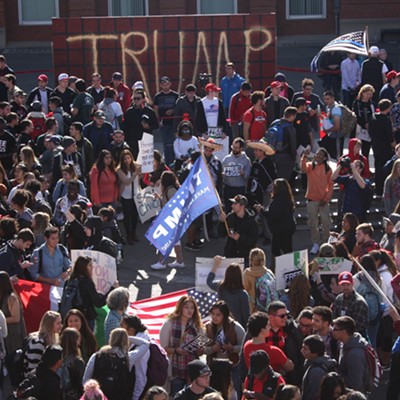