Facebook: Gwyneth Potter
Students at Central Valley High School protested Trump's election with shirts bearing some of his most alarming statements.
The votes are in and the election is over. The 2016 president-elect is Donald Trump, who will be the leader of the free world for the next four years.

In this year's extremely contentious and long election cycle, the American electorate is more divided than ever. Although many individuals are celebrating Trump as their candidate of choice, many others are grieving over what a Trump presidency may mean for them and their families.

The question of "what happens now?" seems to be particularly prominent among young people. Their answer seems to be inexplicably linked to fear for America's future. On Twitter, a viral collection of tweets titled "Day 1 in Trump's America" illustrates some of the alarming concerns his election has triggered. 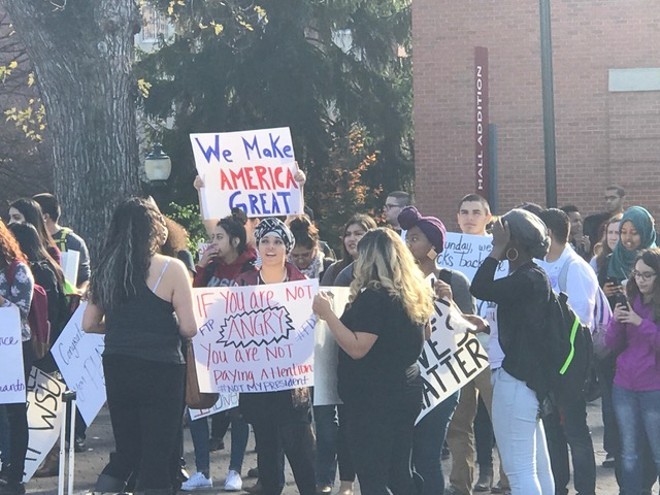 Although these protests may indicate to some that millennials were overwhelmingly in support of Hillary Clinton, data on millennial voting in the 2016 election shows that many did not vote for the Democratic candidate.

Whatever reactions students are having, and however they are feeling about the election results, they can rest assured knowing that they are not alone — whomever they voted for.