Jeff Ferguson
The Standing Rock protest on a more peaceful night.
ON INLANDER.COM

GRiZ, slam poetry and turkey trots all part of What's Up This Week.

Turn on your laptops
The Spokesman-Review has a handy guide to navigating the airport security line just in time for Thanksgiving travel.

Election night was rough for a lot of people
Washington state reportedly saw a serious surge in pot sales, blowing past the $200 million mark for quarterly sales in the second quarter of the year. Marijuana sales nearly equaled booze sales for the time frame. (KXLY)

Who knew?
Apparently vegans like to enjoy community fellowship and a big feast just like carnivores. Front-page news today from the Spokesman-Review.

Not cool, North Dakota
Protestors at Standing Rock were blasted with water hoses in sub-freezing temperatures in North Dakota last night, with police calling the action necessary to quell a "riot" by the people trying to stop construction of the Dakota Access pipeline.

Here's Washington Post video of the activity: Conflicts of interest?
Academics, legal minds and Trump employees are all trying to figure out how to separate the president-elect's business interests from the country's interests.

They're actually white supremacists
The media was all over a convention of so-called "alt-right" folks who spent the weekend reveling in their whiteness, throwing up the occasional "Heil Hitler!" salute and reveling in the victory of Donald Trump. (New York Times)

Cool pope makes cool move
Pope Francis announced that abortion is a sin that can be forgiven by Catholic priests. The church still considers abortion a sin, but the move continues a special dispensation the pope granted for forgiveness during the church's last "Year of Mercy." 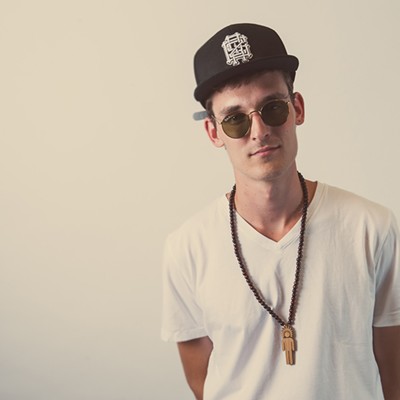