NEWS: Despite overwhelming evidence that a deputy hit a 15-year-old cyclist with his patrol SUV, the deputy will not face criminal charges for his involvement in the teen's death.

NEWS: The Coeur d'Alene Press named the victim of an alleged rape partly because the paper thought the fact that no charges were filed meant she wasn't a victim. This is why that's a problem.

NEWS: Staff writer Mitch Ryals requested confidential informant policies from 17 different law enforcement agencies in Idaho and three in Washington. What he found was a lack of uniformity and contradicting interpretations of the law.

Why are the streets so bad?
With the streets in miserable shape as the snow continues to fall, it's worth asking: Do all cities struggle keeping the streets clear this much? In fact, other cities, like Green Bay, Wisconsin, and Coeur d'Alene, plow the streets when 2 inches of snow are recorded, not at 6 inches like Spokane. Mayor David Condon says the city looked at places like Boise, Idaho, and Madison, Wisconsin, for snow removal policies. (Spokesman-Review)

Albertsons leaving
Two Albertsons in Spokane— the one on 37th and Grand Boulevard and the one in the Wandermere Mall — will close next month because of low sales. The company plans to transfer employees in those stores to other Albertsons and Safeway stores nearby. (Spokesman-Review)

Drastic measure?
According to the parents of a kindergartner at Balboa Elementary School, the district failed to protect their daughter from a classmate who was harassing their daughter. Eventually, the family filed a restraining order against a six year old. (KXLY)

Trump's AG pick: "I abhor the Klan"
The confirmation hearing for Jeff Sessions to become attorney general is happening right now. Already Sessions has defended decades-old allegations of racism by saying, "I abhor the Klan and what it represents, and its hateful ideology."

Clemson wins the title
The college football championship started like we might expect, with Alabama in control throughout most of the game. But then everything went crazy: Clemson scored 21 points in the fourth quarter, including the game-winning touchdown with 1 second left to win the title and avenge last year's loss to 'Bama in the title game. 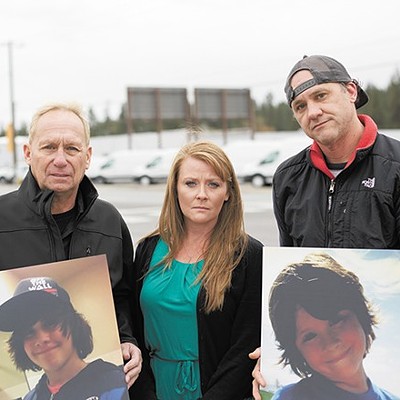