But Idaho is a different story 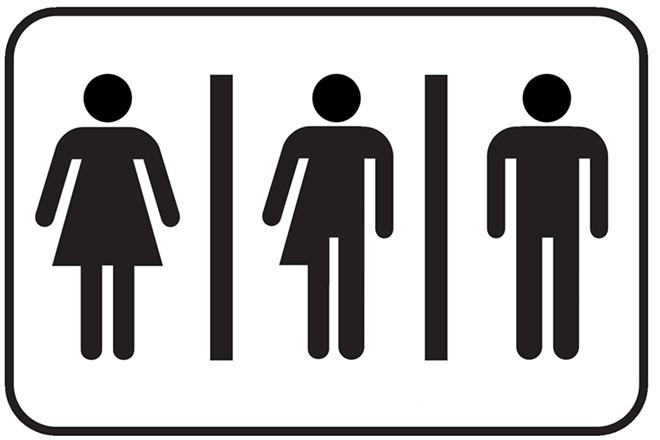 Wednesday, President Donald Trump rolled back federal guidelines for transgender students that required schools to let those students use the bathrooms of their choice.

The move essentially leaves it up to the states to make decisions on protecting transgender students. And in Washington and Idaho, those protections look much different.

"Our state laws are explicit," Reykdal says. "We must not discriminate against our students, no matter their gender identity or sexual orientation."

The federal guidelines unveiled last year by President Obama made more of a difference in Idaho. When Obama directed school districts to let transgender students use the restrooms matching their gender identities in May, Idaho leaders, including Superintentent Sherri Ybarra, objected to the protections. Ybarra called the move "extreme top-down overreach," in a statement, and Gov. Butch Otter said the guidelines disregard states' rights and local control of schools.

The words "gender identity" or "sexual orientation" are not included in Idaho's human rights law.

In contrast, sexual orientation and gender identity were added as protected classes to Washington's discrimination law in 2006. In 2012, OSPI issued guidelines that stated "school districts should allow students to use the restroom that is consistent with their gender identity consistently asserted at school." The law protects transgender students from discrimination regarding names and pronouns, dress codes, participation in athletics and harassment.

Spokane Public Schools, like some other districts in the state, approved guidelines similar to OSPI's for transgender students in November 2015.

But the question did come up during the Spokane Public Schools board meeting Wednesday night. Board member Paul Schneider said he had heard the news about the federal government rescinding protections for transgender students as he was on his way to the meeting, and he wondered what impact it would have on district policies.

"What I've read and seen is that local school districts will make local decisions," Redinger said. "It's important that we're in compliance with local policies and state laws, but it looks like federal guidance is stepping away."

The New York Times has reported that education secretary Betsy DeVos fought against rescinding the protections because she feared the potential harm it could cause transgender students. Attorney General Jeff Sessions, who pushed for rolling back the guidelines, went to Trump, and Trump sided with Sessions. That reportedly forced DeVos to go along with the idea.

DeVos released a statement calling it a "moral obligation" for every school to protect students from discrimination, bullying and harassment.

"Our state has a long and proud history of embracing differences," he said in a statement. "And I will not back down from that."

Restaurant week kicks off, Spokane physicians at a loss, and morning headlines