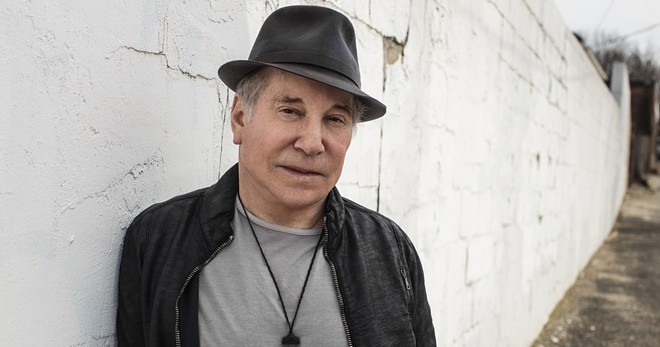 Here's a big name to cross off your Spokane concert bucket list: Legendary singer-songwriter Paul Simon is set to perform at the Spokane Arena on June 23.

Since scoring his first hits with Art Garfunkel in the mid-’60s, Simon has written and produced dozens of classic songs as a solo artist, including the Top 10 singles "50 Ways to Leave Your Lover," "Kodachrome" and "Mother and Child Reunion." He's in the Rock and Roll Hall of Fame and the Songwriters Hall of Fame, and he's won a slew of Grammys, including two lifetime achievement awards.

Simon's most recent album, 2016's Stranger to Stranger, earned the artist some of the best reviews of his long solo career; in a four-star review, Rolling Stone wrote that the record "draws together nearly all of the man's accrued vernacular with seeming effortlessness."

Tickets for Simon's Spokane show start at $65, and they go on sale through TicketsWest at 10 am on Fri, March 17.