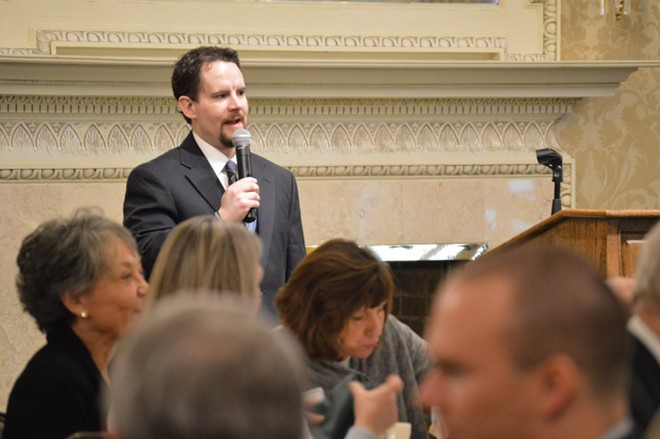 Tony Hazel, a proponent of criminal justice reform and a prosecutor in Spokane for the past 13 years, will fill the final spot on the 12-person bench. Cozza was Spokane's presiding judge when he died in mid-January, and Judge Michael Price has taken on that role. Details on what types of cases Hazel will handle as a judge are still being worked out, he says. He expects to be seated on the bench within a couple of weeks.

"I'm honored to have been selected, and I look forward to pursuing the judgeship for some time," Hazel says, indicating that he intends to run for re-election when the term is up in 2020. "I'm committed to public safety and fairness, and ensuring that I run the people's courtroom in a manner that gives justice a chance to prevail."

Hazel, a graduate of Gonzaga University and the Gonzaga School of Law, started his career as a prosecutor in Yakima before taking the job in Spokane. The bulk of his experience is in criminal prosecutions, he says. Hazel helped establish the identity theft task force in Spokane, and has handled multiple homicide cases.

Recently, though, Hazel has worked on the civil side of the law, specifically on cases involving mental health.

Throughout his tenure, Hazel has been one of the leaders in local criminal justice reform within the prosecutor's office. Hazel served on the public safety transition team when Mayor David Condon was first elected in 2011, and was part of the panel pushing to reactivate the Regional Law and Justice Council.

"Our job was to advise the city of Spokane about ongoing criminal justice issues, and we recommended a study from top to bottom," Hazel says of his work on the transition team. That recommendation led to the "Blueprint for Reform," a 2013 report that still serves as a guide to criminal justice reform in Spokane.

Since then, Hazel says, he's met regularly with stakeholders in other agencies, who together oversee implementation of the Blueprint's recommendations.

"I've been a proponent all along for evidence-based practices," Hazel says. "Making sure we're implementing programs that have a proven track record, and making sure our decisions are data-driven when we're reforming the system."

In an interview with the Inlander, Hazel acknowledges that the entirety of his legal career has been as a prosecutor. He emphasizes his commitment to fairness under the law, and to evaluating each case individually.

"I will always give top priority to following the Constitution. That is my sworn duty," he says. "A constitutional democracy doesn't function without a judiciary that doesn't understand its role. It's not my job to legislate from the bench, but rather follow the law. I'm driven to do that." 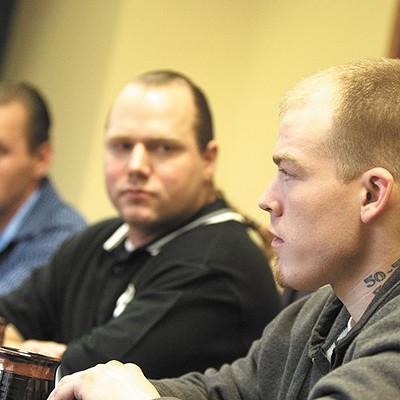 Shoddy police investigation leading to wrongful convictions will cost the state more than $750,000