Why (and how) that changes things for SPS

Daniel Walters
Refugees, like 2-year-old Ayan Hayyoo, play a small part in the increasing diversity in Spokane Public Schools.
It's no secret that Spokane is a mostly white city. According to the U.S. Census Bureau, 86 percent of the city population is white, more than 10 percent higher than the percentage of white people in Washington, and the U.S.

But in Spokane schools, it's a different story. Nearly one-third of Spokane Public Schools students are not white, and the nonwhite population keeps growing in the district every year.

It's a trend, he says, that can change the district's hiring practices, and staff training.

But why is the percentage of nonwhite Spokane Public Schools students so much higher than the city of Spokane in the first place?

It's actually fairly common for public schools to have more diversity than the greater population. In Seattle Public Schools, for example, more than half of students are nonwhite, according to the Office of the Superintendent of Public Instruction. That's compared to about one-third of the general population, according to the 2010 U.S. Census Bureau.

The Census Bureau predicts that around the time of the 2020 census, more than half of children in the U.S. will be part of a minority race or ethnic group, and by 2060, just 36 percent of children will be white.

So basically, Spokane is following a national trend. Continuing with that trend, Gering says that the younger students in Spokane are more diverse than the older kids.

"What you're seeing is our elementary schools have more students of color than middle and high school," Gering says. "It's families with young kids coming in. And we're starting to see the numbers change pretty significantly."

Last year, OSPI reported 31.4 percent nonwhite students in Spokane Public Schools. That's more than double the percentage (14) of nonwhite students reported 15 years ago — about the same as the general population of the city today.

a couple of possible explanations for this. Brian Kennedy, a data analyst for Eastern Washington University's Institute for Public Policy and Economic Analysis, says nonwhite populations "tend to have more children" than white populations.

"It could be as simple as that," Kennedy says.

The number of refugees settled in Spokane by World Relief — approximately 500 to 600 per year — could be gradually be bringing more diversity to the district. The Spokane Public Schools count also doesn't count private schools, which could bring the percentage of nonwhite students down if factored into the SPS data.

For the district, the increased diversity means it is more aware of how to help students of color. For example, Gering says that makes it more important to hire diverse faculty and staff in schools.

"If students have staff members that look like them, it helps improve student success," Gering says. "That's a big goal."

It also requires more diversity and cultural competency training with staff, he says. As for the curriculum, Gering says the district continues to add courses that may better reflect the diversity of students. He says the district is "constantly" searching for textbooks written by nonwhite authors.

Heather Richardson, SPS English Language Development director, says the district is seeing more and more students who don't consider English their first language. She says that five years ago there were about 1,200 English language learners, and now there are 1,900 — a 58 percent increase. She says nearly half of those students are refugee students, or students who at one time were identified as refugees.

"We obviously need to provide that support for our students, so then they can be proficient in their primary and secondary language," Richardson says, "So they can achieve academically and graduate from high school, and move to a postsecondary institution." 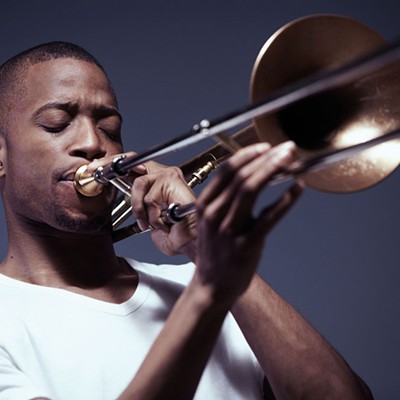