State Board of Education asks the legislature to take action


Thousands of high school seniors in Washington may not graduate because they haven't passed a biology end-of-course exam, according to the State Board of Education. 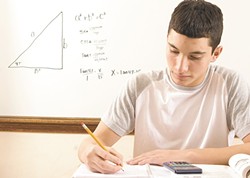 The biology end-of-course exam is an obstacle between thousands of Washington high school students and graduation.
the end-of-course test  as a graduation requirement, but it's unclear when, and if, the legislature will take action, says Alissa Muller, communications consultant for the state board.

After the legislature passed a two-year delay in 2015, the biology end-of-course test is supposed to become a graduation requirement with the graduating class of 2017. The requirement is in addition to other tests required for graduation in math and English language arts. In language arts, students must pass the statewide Smarter Balanced assessment or an approved alternative.

The same goes for math, though students can pass an algebra or geometry end-of-course exam instead of Smarter Balanced in order to graduate.

But the biology end-of-course exam is proving to be a major obstacle for many students. Muller says there are slightly fewer than 6,000 students who may not graduate because they didn't pass a test in one of the three subjects, but 3,000 of those students have passed all requirements other than the biology exam. For about 1,500 students, the English language arts test is the only obstacle; the math test is the last hurdle for 1,000 students.

In Spokane Public Schools, 72 students have met all requirements for graduation other than passing the biology end-of-course exam, according to Travis Schulhauser, SPS director of assessment and program effectiveness.

The state board is asking for action on the biology exam, specifically, because currently it is preventing the most students from graduating. Additionally, the state legislature has already agreed to defund the biology exam in the budgets on the table in both chambers.

"If the legislature has already taken the funding for these tests out of their budget proposals, I hope they would change the law quickly, so that impacted students and families can enjoy the graduation ceremony with their friends," says Kevin Laverty, acting chairman of the State Board of Education, in a statement.

Muller says the board is considering asking the legislature to eliminate the math and language arts tests, but no decision has been made yet. The biology end-of-course exam is also not considered a "comprehensive" test like the math and ELA assessments, because biology is only one scientific subject. Instead, the board supports a more comprehensive statewide assessment in science.

The state board asked the legislature last week to act immediately, so that students in the class of 2017 will know whether or not they will graduate in June. A Republican-sponsored House bill would stop requiring students to pass all three tests by decoupling them from state requirements. A Senate bill, meanwhile, would delay the use of the high school science assessment until 2021. But a solution across both chambers has still not been agreed upon.

Students still have a few weeks to take and pass the test. But so far, the board is unsure if the legislature will take action to allow the students who can't pass to graduate.
"We don't know what they're gonna do," Muller says.