Tensions rising with North Korea
U.S. college student Otto Warmbier, who was held in a North Korean prison and released last week after nearly a year and a half in captivity, died on Monday. Three American citizens are still being held in North Korea. Arizona Sen. John McCain, meanwhile, says that Americans are "stupid" to travel to North Korea, and should sign a waiver absolving the U.S. from blame should they be harmed there. (New York Times/Associated Press)

Drawing a line
In a potential landmark case, the U.S. Supreme Court will consider whether gerrymandering, drawing a legislative map along partisan lines, violates the constitution. (Washington Post)

Georgia race in voters' hands
The race for a House seat in Georgia's 6th Congressional District, which some see as a referendum on President Trump, goes to voters today. Democrat Jon Ossoff, facing Republican Karen Handel, is trying to flip the seat. (Associated Press) 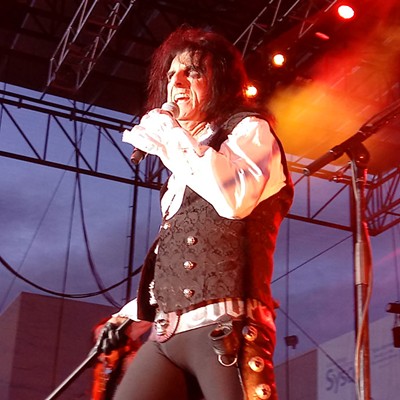 CONCERT REVIEW: Alice Cooper creeped out Airway Heights in all the best ways on Sunday night