NEWS: Once again, the planet is quickly and drastically getting hotter. In fact, a new report by scientists from 13 federal agencies has concluded that recent decades have been the warmest of the past 1,500 years — a finding that stands in direct contradiction to President Trump's beliefs about climate change. (via New York Times)

NEWS: Spokane County Prosecutor Larry Haskell reacted over the weekend to an Inlander report about alleged sexual harassment and an 'old boys' club' culture among his staff. A deputy prosecutor at the center of the allegations resigned earlier this year, and Haskell directed his entire staff to take a refresher course in sexual harassment in the workplace.

Haskell referred to this story and said he plans to respond publicly. He claimed @TheInlander has a "truth allergy." https://t.co/CDg9zcRWYN

Deadly encounter
A woman using a walker to cross the street was struck and killed by a speeding vehicle near Division Street and Third Avenue on Monday morning. The driver has been arrested and is charged with vehicular homicide. (Spokesman-Review)

Hiding the ball
In 10 states, criminal prosecutors are allowed to withhold evidence from defendants until just before trial, which can have dire consequences for defense attorneys negotiating plea deals and building a defense. (New York Times)

Those damn cyclists!
Some bike-lane hoodlum has repainted a bike lane on Riverside Avenue that was erased by the city. (Spokesman-Review)

It's like Cops, but not
Spokane County Sheriff's deputies are being livestreamed via A&E's hit reality show Live PD. Camera crews followed deputies on a car chase last week, and watched as deputies ultimately took the suspect into custody. Sheriff Ozzie Knezovich hopes the show will interest viewers in joining the force. (KXLY) 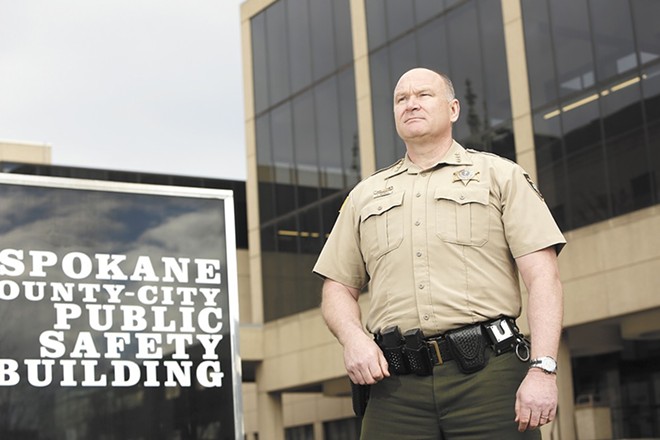