WSU and other Washington colleges and universities declare support for DACA 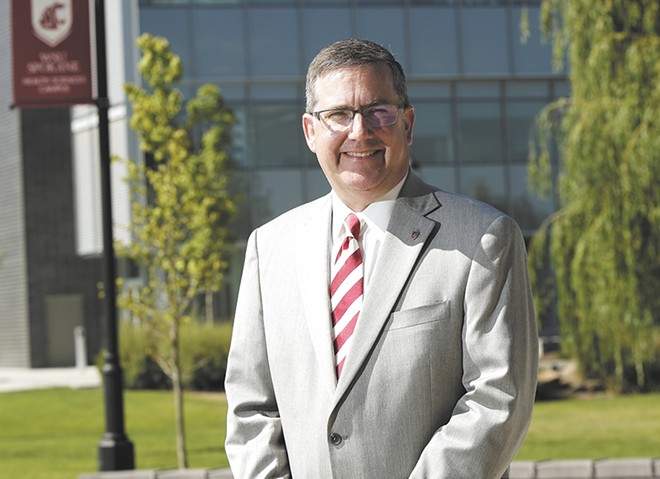 The Trump administration announced Tuesday that it will end the Deferred Action for Childhood Arrivals program, commonly referred to as DACA, which has given temporary legal status to more than 800,000 people who illegally entered the U.S. as children. Nearly 18,000 of those affected by this decision are Washington residents.


In response to the announcement — which did not come from President Trump, but from Attorney General Jeff Sessions — a coalition comprised of more than 50 presidents of Washington colleges and universities signed a letter denouncing the administration's decision to end DACA:

“This lamentable decision to end DACA threatens to rob us of hundreds of thousands of gifted, hardworking, and dedicated young people who are American in every way but their immigration status.”

The joint letter also called on Congress to pass the Dream Act or similar legislation that would provide some form of solution for people currently depending on DACA to work and stay in the country.

In a town hall meeting on Washington State University's Pullman campus, WSU President Kirk Schulz addressed the issue and cited two main ways in which the university will be working to support undocumented students and those who rely on DACA. The university will take direct legal action and work with the state’s congressional delegation to aid its undocumented student population, Schulz said. On Monday, Washington State Attorney General Bob Ferguson said he would sue President Trump if he attempted to end DACA. Schulz said that WSU would be involved in the filing of that suit.

Shane Reynolds, president of the WSU Graduate & Professional Student Association, believes the university will do all it can, even if things are not clear now.

“I think that President Schulz and the administration are very supportive and will do what they can do for these students,” Reynolds said. “We are in a positive place, but I think we can always do more. It’s just not clear what that is at this point.”

WSU students are not required to disclose their immigration status, but Schulz estimated in an email to students that several hundred DACA students are enrolled at WSU’s various campuses in any given year.

While many questions are now being raised, some staff and faculty members are relieved they now know the status of the DACA program and no longer have to guess about its status.
“I’m glad we know now, so we can and plan and move forward,” said Marcela Pattinson, assistant director of community relations and outreach at the WSU Office of Multicultural Student Services. WSU has a number of resources and advisory groups to aid undocumented students in any manner, she said.

“We’re getting together and being proactive rather than reactive,” Pattinson said. “The most important thing for our administration is the safety of our students.

“Once [undocumented students] are here, it’s the moral duty of the university... to help them stay and graduate, as well as everyone else at WSU,” she said.

If no other actions are taken, DACA will formally end on March 5, 2018.