In this week's issue, we highlighted some of the issues that have come up while the state doesn't have a capital budget, including lost jobs and construction projects put on hold.

Here are a few details on regional projects waiting on the capital budget to be approved that didn't make it into the story. Proposed allocations came from the Washington State Senate's version of the capital budget:

Eastern Washington University Interdisciplinary Science Center: $67 million
The largest line item coming to the Spokane area is a proposed $67 million for Eastern’s new science building, which will house the four key disciplines: Biology, Chemistry/Biochemistry, Geology and Physics. In the works for years, the building will replace the current 1962-built structure, which isn’t in the best shape, says Dave Meany, EWU spokesman.

“With a 33% increase in students enrolled in STEM programs, this is a critical project for Eastern,” Meany writes in an email.

Eastern Washington Clean Sites Initiative: about $10.3 million
At sites where the party responsible for pollution can’t be held accountable, the state Department of Ecology may take over cleanup. The impacts of not having the capital budget vary between projects, says Angie Wirkkala, finance manager for Ecology’s Toxics Cleanup Program, but most cleanups have been in the works for years, and if they’re near a construction phase, it can be hard to stop and start.

“That makes uncertainty not only for the department about how to find a good stopping point, but for the communities relying on that for economic growth and restoration,” Wirkkala says. 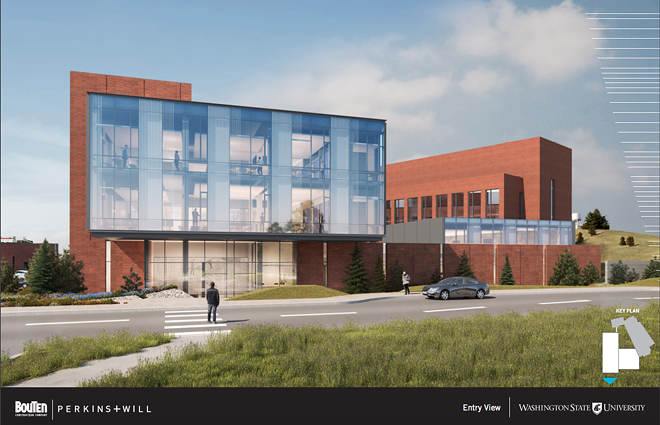 Spokane Dental Residency with Providence: $2 million
State Rep. Marcus Riccelli, who represents much of Spokane, says he is proud of getting funding statewide for dental residencies, and better access to dental care through clinics for those in need.

In addition to the residencies, there's $500,000 for a dental clinic at the East Central Community Center and another $581,000 for a clinic in Spokane Valley.

Eastern State Hospital: $2.8 million for forensic beds, about $1.5 million for other projects
A 25-bed forensic ward remodel at Eastern State Hospital is necessary to comply with the Trueblood court case, which requires that “the state provide competency evaluations and restorations within seven days” for criminal defendants, according to the state Department of Social and Health Services.

Other projects are earmarked to improve safety and compliance.

“Without the funding for these projects, DSHS’ ability to meet critical health and safety needs of patients, clients and staff is hindered, including our ability to reduce wait times for people waiting for competency restoration services as required by Trueblood,” says Norah West, a DSHS spokeswoman, in an email.