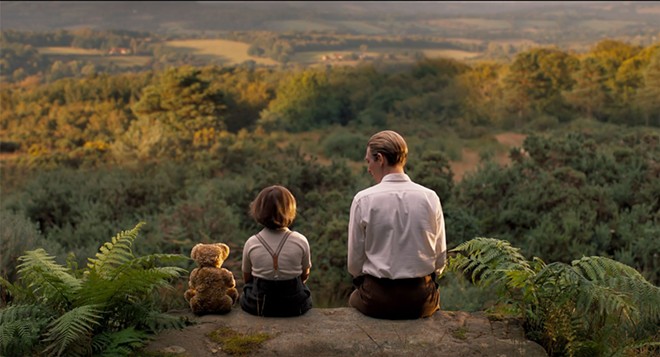 There are so many new, interesting indie films getting solid reviews right now — The Florida Project, The Killing of a Sacred Deer, Wonderstruck, Lady Bird, the recent Palme d'Or winner The Square. What an embarrassment of riches!

Well, none of those are opening here this week. But don't worry: We've got Thor. Here's what's opening on Friday.

A BAD MOMS CHRISTMAS
Mila Kunis, Kristen Bell and Kathryn Hahn are back as cinema’s most foul-mouthed mothers, and this time they’re throwing the middle finger at the most stressful aspects of the yuletide season. The other new addition to the mix: the bad moms’ moms (Christine Baranski, Cheryl Hines, Susan Sarandon). Rated R.

GOODBYE CHRISTOPHER ROBIN
When A.A. Milne wrote the beloved Winnie the Pooh books in the 1920s, he inserted his own young son, Christopher Robin, into the stories. This historical drama explores both the creation of the Hundred Acre Wood and the media frenzy surrounding the Milne family at the time. Rated PG.

THOR: RAGNAROK (3 stars)
Our critic Seth Sommerfeld says the third film in the Thor franchise is the best of the bunch, with the character’s comic energy getting a much-needed jolt from director Taika Waititi. This time around, the God of Thunder learns he has a long-lost sister (Cate Blanchett, snacking on the scenery), who casts Thor and Loki off to a prison planet and steals the throne of Asgard. Rated PG-13.

Slick trike, Jigsaw.
JIGSAW (2 stars)
Because the first seven (!) entries in the Saw franchise weren’t enough, here’s a reboot, resurrecting the demented killer who ensnares his victims in sadistic — and personalized — traps. It’s not among the worst of the series, but it reaffirms that the premise ran out of gas long ago. Rated R.

SUBURBICON (2½ stars)
Directed by George Clooney and built upon a decades-old Coen brothers script, this pitch-black satire reveals — gasp! — a seediness beneath the polished veneer of 1950s suburbia. Critic Eric D. Snider says you can see the seams grafting together the half of the film that's a decent crime comedy and the half that's a misguided social commentary. Rated R.