Immersive adventure filled with puzzles, consequences and delightful art is a winner


Nick Barr has been working on concepts for his original video game Ara of the Wanderers for just shy of a decade.

Considering the game's intricate and expansive scope, both in setting and story, players of modern independent studio games should understand why. (For those less familiar, the short of it is that it often takes a long time for a small development team to produce a complex game on this scale.)

The immersive experience Barr is creating for Ara of the Wanderers explores the relevant and related themes of consequence and acceptance through puzzles, combat, character stories and worldbuilding. Now that he has a fairly solid idea of how the game will work mechanically and narratively, he's asking for some help to get it all down into code.

The Spokane-based game developer (by day, a graphic designer in the advertising world) launched a Kickstarter campaign late last month so that he and his development team can devote more time to making the game a reality over the next year and a half. Barr and his main partner on the project, his girlfriend Kim Piper, who creates art and animations, both work full time, which means the game has mostly been a side project up to this point. They're asking for a relatively modest amount (as far as video game projects go) of $35,000; the campaign runs through Nov. 24, and and as of this writing, $2,600 had been pledged.

Backer rewards include a base download of the game's final version, up to packages that also include items like its soundtrack — Ara's music and audio effects are by local musician Tobias Hendrickson — a game manual, art book, beta access and even the chance to design a non-playable character.

We recently sat down with Barr to talk about who Ara is, how the game will work from a player's perspective, and why gamers near and far should get behind what appears to be a solid addition to the massive and diverse indie game genre.

Though comparisons of original creative works with anything else are often feared by creators of all types, with so much content out there (and so little time), they tend to be necessary for consumers of any media. Barr concedes that Ara of the Wanderers takes heavy inspiration for its art and gameplay from indie hits like Fez and Sword and Sworcery; other comparisons of its mechanics can be made to classics like Zelda and bigger studio games like Dishonored and Deus Ex.

"In this game, you will have to play it many times to solve everything, and every play-through will be different."

Ara features interconnected environmental puzzles, like Fez, and various challenges in which a single decision can change the entire outset of the rest of the game, á la Deus Ex, Barr explains. This consequence-based narrative is designed to make each completion of the game unique.

"In this game, you will have to play it many times to solve everything, and every play-through will be different. That is very important," he says. "You can choose to go a different route and can find a whole different town or place, and it's not open-world, so you can't do that simultaneously. I want these to be small narratives, where you help this [character] and it sends you to this [other place], and then this happened. And it might be totally different for another player."

This approach to the game boosts its replayability, and offers flexibility to fit a range of play styles and time constraints — some players might finish a game in four hours, while others might spend 16 hours total solving puzzles and interacting with story characters. Months or weeks after playing, Ara can still offer new puzzles and stories to explore.

"Any kind of game that takes you nine hours to complete and is a linear story, a lot of those games, not even casual gamers play for four hours. Then they drop it for months at a time and maybe never finish," Barr says. "I like this being a full, complete experience in a shorter amount of time — players might go back later and explore all the puzzles and open all the doors and explore the lore."

The lore and scope of Ara's word, a planet called Eras, have been main elements of Barr's ongoing project to conceptualize the game over the past nine years. For the past two years, he's also been working on programming the game visually and mechanically.

"Nine years ago, me and a buddy started writing a story, and what happens when people write stories is, you write 5 percent and realize it’s really hard," Barr recalls, laughing. "I loved the world we were creating ... so I created the same world, and I created characters and creatures and things that I just was inspired by."

The character Ara's personal story and the background of her home world, a planet filled with different races of human-like beings and intelligent, imagined creatures, were influenced by the traditional narrative structure of Western (as in European and American) storytelling. The game's narrative plot and its characters' motives are revealed to players mainly through dialogue of the beings Ara encounters during her explorations, Barr explains.

"Ara is, in the beginning, not a very good person, and part of the consequence [element] is that she did some things, and now she is dealing with these consequences and accepting herself for who she is," he says. "You discover what happened to her as the game goes on." 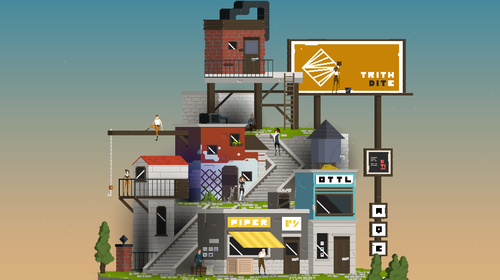 The game's pixel art style is also reminiscent of games beyond Fez and Sword & Sworcery, including 2016's Hyper Light Drifter. In addition to these modern contemporaries, Barr was inspired by the original animated worlds of Hayao Miyazaki's films, like Princess Mononoke, Spirited Away and Howl's Moving Castle.

"I love doing pixel art — it's one of my favorites," Barr says. "I want it to not feel like a cartoon world, and not like a real world, but somewhere in between."

In addition to the game's variety of puzzles — many of which can be solved in more than one way — interconnected narratives and hidden secrets, the game has an item system and combat elements that are more pattern-based than dexterity-reliant, Barr says.

"In general, it's a game about thinking," he emphasizes. 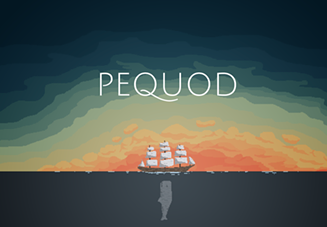 It's vital to note that Ara isn't Barr's first foray into indie games. In 2015, he released a procedurally generated action game called Pequod, about a rare white whale trying to avoid death as he's hunted by hundreds of ships. That game was inspired by the epic classic Moby Dick. He also previously designed a cooperative card game called To The Farthest Point, (unfortunately not available for sale) which is set on Eras and includes some of the characters from Ara.

Barr plans to first release this newest game for PlayStation 4 or Xbox One; he'll also eventually port the game over to PC. The reason for this consoles-first approach is to make the game's puzzle solutions and other secrets harder to hack, and to be released widely on the internet.

Barr says that even if they don't reach their $35,000 funding goal, plans are for the game to still be completed; however, if that's the case, a release timeline for the game is more likely to be two to three years out.