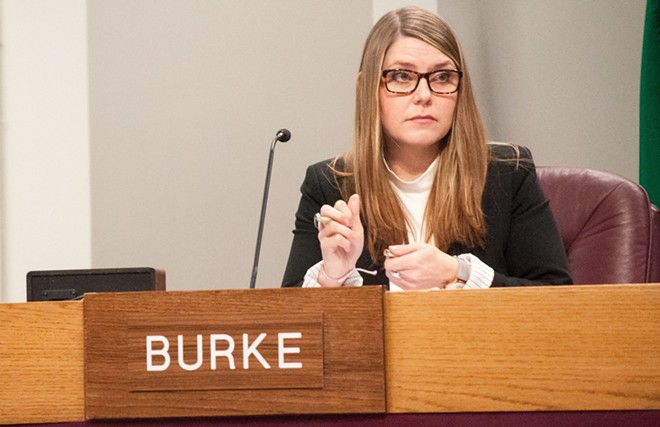 It's not unusual for Councilman Mike Fagan to vote no on amendments to City Council legislation. As the sole conservative on the Spokane City Council, he's often not in favor of watching city policy lurch further in City Council President Ben Stuckart's direction.

What is unusual is for him to have .

Last Monday, the newest city councilwoman, Kate Burke, voted no with Fagan twice, both on amendments regarding the city's historic preservation ordinance.

But it wasn't an act of District 1 solidarity. It wasn't that Burke had been convinced by Fagan that the city's historic preservation ordinance chipped away at constitutional property rights.

Rather, it was Burke's personal rule: She'd vote no on any substantive late-breaking amendments. If the City Council hadn't been briefed on the amended language, if it hadn't been posted on the city's website, she was going to oppose it.

That's why she also was the sole vote against a third amendment on the historic preservation ordinance last week.

After all, trying to follow City Council isn't always the easiest thing for the average citizen. Typically, it means reading the advanced agenda, sometimes stretching hundreds of pages long, finding the proposed ordinances — often accompanied by confusing codes and jargon — and then interpreting what they mean.

"If I don't know what's happening the night of the council meeting, you can assume that citizens don't," Burke says. "We need to be listening to our constituents."

Consider, Burke says, the fact that citizens may show up to testify in favor of an ordinance, only to watch the council amend the ordinance to something they may end up opposing.

So she's looking at introducing an ordinance of her own that prevents the council from voting on an amended ordinance the same night as its changed.

"If the ordinance is being changed the night of and voted on, it doesn't give a lot of for constituents to weigh in to support or oppose it," Burke says. She says her proposal would only apply to actual policy changes, not minor grammatical or clarifying language.

Additionally, Burke says the city should upgrade the council's website to make it easier for citizens to figure out who introduced which amendments and how the council voted for it. As it stands, much of the council's discussion around the details of ordinances happens at the Monday briefing sessions while many residents are at work.

"Who can logistically come to a 3:30 briefing meeting?" Burke says. "If we have an updated website, then we can make sure that we keep the citizens updated if they can't attend." 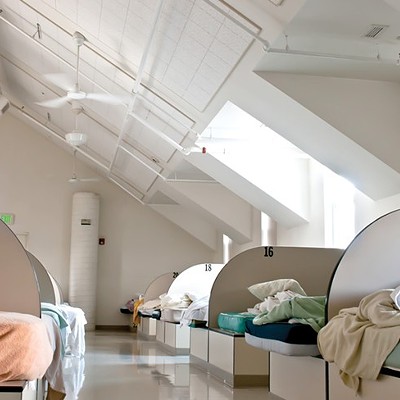