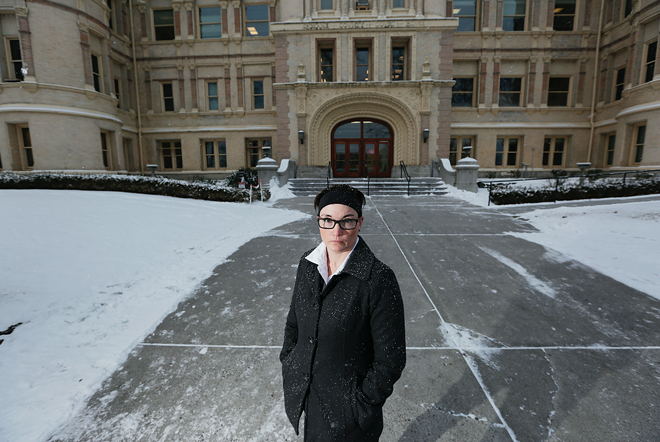 Young Kwak photo
Beth Sheeran is one of several nurses in Spokane trained as a "sexual assault nurse examiner" (or SANE). She and other SANEs in the area are working to create a coordinated team that could respond to hospitals as victims show up in need of evidence collection. A new state law will have the state Office of Crime Victims Advocacy research best practices for such teams and recommend ways that SANE training can better be provided around the state.
Under a new law, Washington state will look at what it would take to get more nurses trained in collecting evidence from victims of sex crimes into hospitals around the state.

The law doesn't yet call for specific changes in the way hospitals or communities utilize sexual assault nurse examiners (also known as SANEs), who are nurses that have received specific training on how to collect evidence while minimizing further trauma to victims.

But by the start of the 2019 legislative session, lawmakers should have a better indication of what specific changes are needed. That's because the new law requires the Office of Crime Victims Advocacy to come up with best practices for expanding access to those nurses and to report back to the Legislature on how SANE training can be better provided around the state.

As the Inlander reported earlier this year, access to nurses with training in collecting rape kit evidence is not guaranteed, even in cities like Spokane, let alone rural areas of the state. Local SANE nurses say that access could be improved with more statewide opportunities for training and with the creation of a coordinated response team that could respond to area hospitals as needed. The team would ensure that someone with expertise is available to help survivors through what can be an hours-long process.

Currently, the only agency in the state that provides SANE training is the Harborview Center for Sexual Assault and Traumatic Stress in Seattle. The center offers three or five-day trainings, sometimes in Eastern Washington, and operates an on-call system of nurses in Seattle who respond to hospitals there whenever rape kits are needed. But even that setup doesn't cover every hospital.

Lutheran Community Services and Partners with Families and Children, advocacy agencies in Spokane for sex crime survivors, have both received 18-month grants to pay for forensic nursing for adults and children, which will put the community a step closer to having 24/7-SANE availability.

Whether you want a permanent fixture or a portable fire pit, the Inland Northwest has many options to light up your backyard

Creative stories from around the world are more accessible than ever