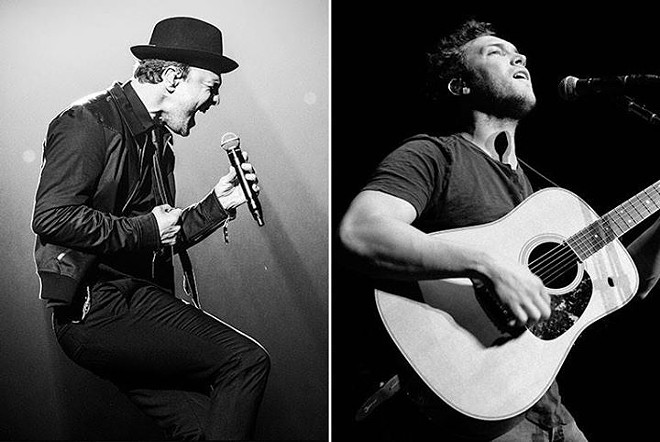 Gavin DeGraw (left) and Phillip Phillips, who share a headlining bill on Aug. 11 at the Festival at Sandpoint.

The Festival at Sandpoint announced its star-studded 2018 lineup yesterday (and no, it was not an April Fool's Day stunt), ringing in its 36th year with two weekends of rock, pop, folk and bluegrass at Sandpoint's War Memorial Field in August.

Tickets for the big shows range from $40 to $75, and they're on sale now. Here's what you can look forward to.

Aug. 2 — Big Head Todd & the Monsters
The Colorado-bred alt-rockers have dabbled in blues, jazz and funk since forming in the late '80s and have developed a fervent following in jam-band circles.

Aug. 3 — Amos Lee
A traditionalist whose smooth, Americana-influenced sound recalls the great singer-songwriters of the '70s, with the occasional tip of the hat to classic R&B. 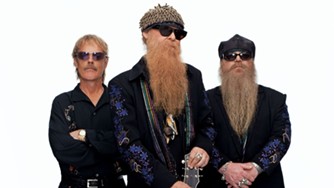 ZZ Top performs Aug. 4.
Aug. 4 — ZZ Top
If you were bummed these bearded southern rock legends canceled their previously scheduled Northern Quest gig, fear not: They'll be taking over Sandpoint with those spinning guitars that made them MTV staples in the '80s.

Aug. 9 — Greensky Bluegrass
This five-piece from Kalamazoo puts a jammy, improv-heavy twist on old-school bluegrass, and the result has brought them some cult adoration.

Aug. 10 — Sublime with Rome
Although they didn't have a hit until after lead singer Bradley Nowell's death, Sublime has since had a long (but bumpy) trajectory, now with frontman Rome Ramirez. They're returning to the area following a Northern Quest gig with the Offspring last July.

Beyond those headliners, there will be a family concert on Aug. 5, which features music from the Festival Community Orchestra alongside carnival-style attractions, and the annual fireworks-finale performance by the Spokane Symphony closes things out on Aug. 12.

And in other regional music news, the Sasquatch! Music Festival just announced its daily schedule, with Bon Iver, Modest Mouse and the National headlining each of the fest's three days. Sasquatch! takes over the Gorge Amphitheatre from May 25 to 27.

Things to do this week, China raises tariffs on apples and other morning headlines