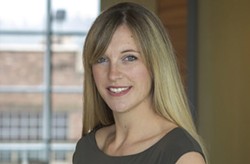 Courtesy of Washington State University
WSU researcher Lois James
In hospitals across the country, a majority of nurses work 12-hour shifts. It's easier for hospitals to schedule, and  nurses enjoy it too.

But do consecutive 12-hour shifts actually impair a nurse's work with patients and increase fatigue?

That's the question that a team led by Lois James, a researcher at the Washington State University College of Nursing, is trying to answer. James will lead a $1 million study, funded by the federal government, on nurses' work shifts.

She's hypothesizing that consecutive 12-hour nursing shifts lead to poorer performance, that the 12-hour night shifts impaired nurses even more and that it could put nurses at a greater risk while driving to and from work.

"No matter what we find we'll be providing valuable information," James says. "There's not a chance of this experiment failing."

James conducted a similar study on police officers recently. In that study, she found "extreme differences" between the cops working a day shift compared to a night shift, with the biggest impact in driving safety, she says. It made James curious about whether she could replicate the study with a different professional group, one in which the "consequences of making an error can be catastrophic," James says.

There, the team of researchers, led by James, will test reaction times and cognitive capacity, as a WSU news release explains. The participants will wear devices on their wrists to monitor sleep cycles. They'll perform simulations of nursing skills, like inserting IVs and calculating medication dosages. And then they'll use simulators to test the nurses' driving skills.

The study will take three years, starting this year. The nurses taking part in the study will be paid, and they will be given transportation home after reporting to WSU following a night shift.

James thinks the research could inform national regulations on nursing work hours. It will either show that the consecutive 12-hour shifts negatively impact their impact to care for patients, or it will validate the popular hospital schedule.

Either way, James says it will add to the little research on optimal shift scheduling for nurses. She thinks it's unacceptable that they don't have set policies that would not only protect nurses but patients as well.

The reviewers at the Agency for Healthcare Research and Quality, which awarded the grant for the study, agreed. They wrote that the information could help to "keep nurses safe, reduce preventable medical errors and improve patient care."

"They all had the mentality of, 'Well, it's about time somebody took this seriously with nurses,'" James says.

Now you can pay child support at 7-Eleven in Washington