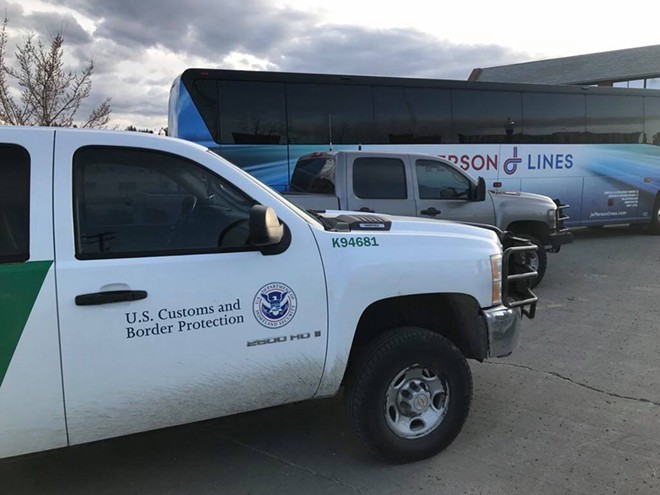 NEWS: U.S. Border Patrol agents began questioning a Latino man getting off a Greyhound bus in Spokane. He showed them a "know-your-rights" card, given to him by his attorney. The agents used that as a basis to detain him, according to a legal claim filed by the ACLU.

PETS: On stands this week is our first-ever Pet Issue, featuring, of course, a photo contest. 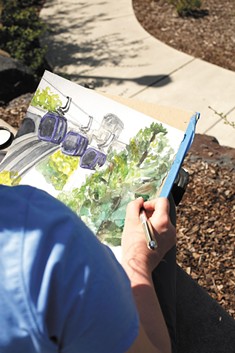 ART: Meet the artist who dedicated herself to painting one Spokane-centric scene per week.

Nine children
Gov. Jay Inslee said Wednesday at least nine children separated from their families at the border are residing in Washington state. He also announced an additional $230,000 in emergency funding, on top of the $1 million set aside by the state Legislature earlier this year to help provide legal services for immigrant families. (KING 5)

MC Shea
An expo for alt-right conspiracy theorists lands in Spokane this weekend with lectures and panel discussions on global warming, vaccines and the deep state. Washington State Rep. Matt Shea will be the "master of ceremonies" and will deliver a talk entitled "The Day I Took the Red Pill," at 8:10 am Friday. (Spokesman-Review)

The Mass Shooter
A new FBI study that analyzed 160 mass shooting incidents between 2000 and 2013 finds that most mass shooters are not loners finally pushed past a breaking point. Rather, they meticulously plan their attacks and almost always show warning signs, sometimes long before. The overwhelming majority purchased their firearms legally. (Mother Jones)

ACLU lawsuit: Latino man was profiled, then detained for showing a know-your-rights card to Border Patrol in Spokane