Time to gear up for yet another music festival, with one of Elkfest's most anticipated lineups ever 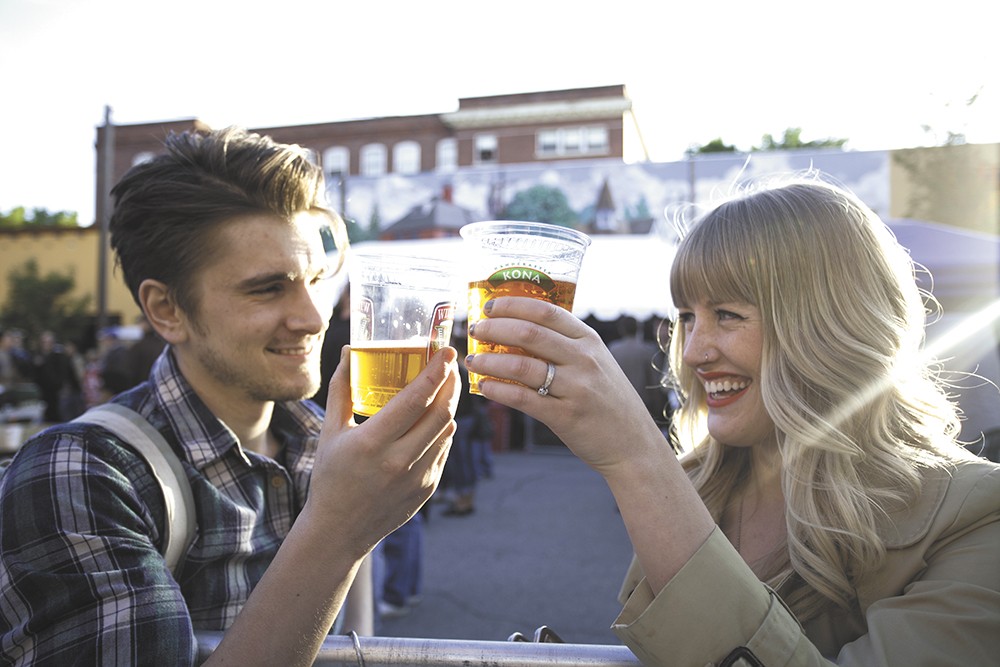 Perhaps you're all festivaled out. You went to Sasquatch! over Memorial Day weekend and then to Volume last weekend. Your head hurts. You have no voice left. You have no idea what day it is. That's fine, but it's not a valid excuse to miss out on Elkfest, which takes over Browne's Addition beginning Friday. Now in its 10th year, the festival brings a fresh mix of regional and local acts to the block party. You'll want to familiarize yourself with all of the talent before heading out to the free event.

With their original blend of folky Americana and a hint of bluegrass, Spokane act Folkinception is only capable of putting on an exciting show. Their six members include three who play cello, fiddle, and rockin' guitar, and their harmonies are both melodic and fun to dance to. (EMERA R. RILEY)

Seattle native Julia Massey frequently describes her style as "children's songs for adults." Her tunes are playful, and backed up by a sick bassist and a killer drumbeat. They're very easy to get lost in — Alice-down-the-rabbit-hole kind of lost. (ER)

Cody Beebe may not smoke five packs of cigarettes a day, but his gravelly voice gives every indication that could be the case. Fronting his Seattle-based Americana act, his distinctive vocals pair well with the five-piece's rootsy rock. (LJ)

Coming to us all the way from Victoria, B.C., Current Swell's Friday-closing set will feel like a summer breeze wafting through Browne's Addition — their music is practically tropical, but don't think "Bob Marley." The group's new album Ulysses delves into more blues-rock territory than previous efforts, even if the reggae/folk influences are still there. Gaining prominence after a YouTube video went viral in 2009, the band has since released two more albums and played at the 2010 Winter Olympics. They'll want to make you sway back and forth, wishing for the sand between your toes and a cold drink in your hand. (LJ)

For all the Lion Oh My fans out there, their Elkfest performance will be one of their last to include lead vocalist and lyricist David Arnold before he moves on to another project. Come out and experience the vocal gymnastics of one of Spokane's most dynamic singers. (LJ)

If you want to walk away from a show with songs still in your head, this pop-rock act is the one for you. They all live in the same house, and they're all married (not to each other). This gives their music a closeness and connection that's hard to master — it's 100 percent catchy. (LJ)

Boise's Hollow Wood uses many of the elements a lot of indie folk rock acts use these days — group chants, harmonies, traditional instrumentations — but that doesn't mean the six-piece's music isn't entertaining. Onstage, there's much to feast your eyes and ears on. (LJ)

Rock 'n' roll is one of those precious gifts from the music gods above. These days, it seems hard to find a band that still actually rocks. Portland's Tango Alpha Tango may have a heavily affected blues sound, but the fuzzy guitar solos and electrifying bass throughout will make you believe in rock once more. (LJ)

This act is basically just a dude named Noah Tabakin and his iPhone, which he loads with funky, jazzy hip-hop backing tracks. Then he unleashes soulful rhymes upon unsuspecting audiences. Sometimes the Chicago artist has backup dancers, too. Oh, and he takes off most of his clothes. (MIKE BOOKEY)

James Pants is a true Spokanite. Although he lives in Cologne, Germany (where he works as a studio engineer), he's still playing that quirky, odd mix of music that made him such a hit DJ right here in his hometown. His use of retro R&B and soul samples, paired with all sorts of bells and whistles, makes for a strangely danceable sound. This month, Pants (aka James Singleton) returns home for a tour of Washington, playing Spokane and later Seattle. He hasn't released a new album since 2011's self-titled disc, so expect all of the songs you know and love, and hopefully some new ones too. (LJ) 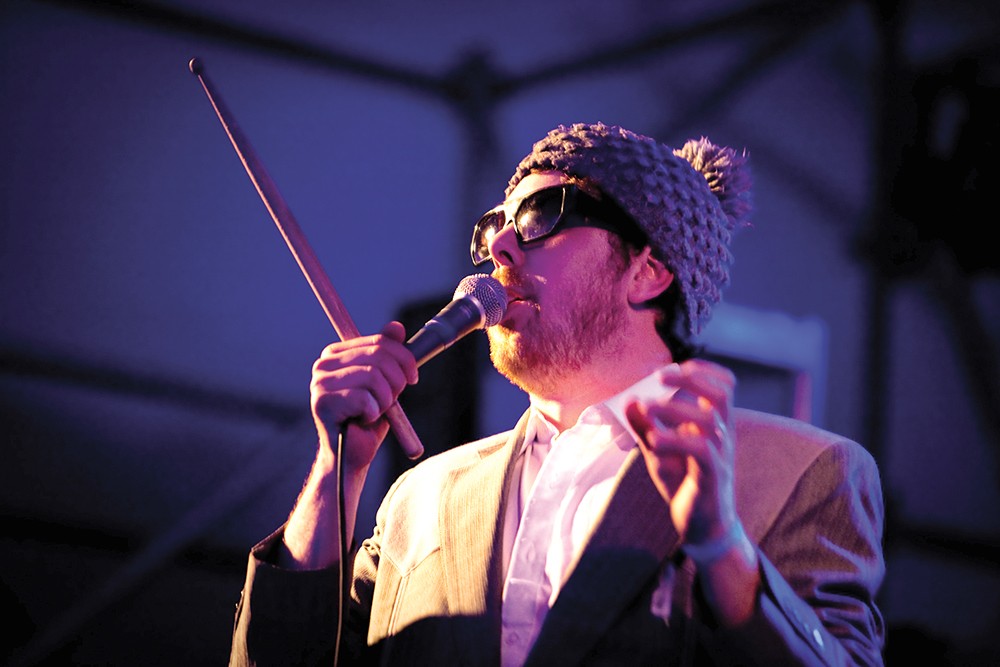 Wax 808 isn't just another DJ set, although Wax 808 is very much a DJ, and a good one at that. Here, he's joined by Travis Hurley, a drummer who provides a fresh element by adding a live component to this danceable, sometimes spooky electronic sound. (MB)

This venerable Spokane act has long been a stalwart of local summer music festivals, with their reggae-meets-hip-hop-meets-rock sound providing a nice complement to a sunny day and a cool beverage. Known to bounce between genres, the Rockaz are quick to show off influences from around the world, including some West African vibe. (MB)

Scott Pemberton (and his fabulous facial hair) knows his way around a guitar. The Portland virtuoso has made a name for himself on the Northwest touring circuit with his ability to shred his way through anything from dirty blues to rock and funk. Pemberton is lucky to be playing any music: He was in a horrible bicycle accident a few years back, but bounced back and strapped on his guitar, returning to the craft with a revived zeal that comes through in his outsized stage presence. (MB)

Over the past half-decade, Seattle's Ivan and Alyosha have become a beloved act here, where they've played to adoring crowds as of late. The band is fronted by Tim Wilson and Ryan Carbary (the name comes from characters in Dostoevsky's The Brothers Karamazov), both of whom contribute lush harmonies to their folky rock blend. If you haven't heard their album All the Times We Had, released last year, get on it. (MB)

Minus the Bear, 9 pm

You probably first heard about this Seattle act from a friend who plays music and was smitten by Minus the Bear's technical precision and inventive approach to prog-influenced indie rock. They might attract the music geeks among us, but MtB's melodic tendencies make them perfectly accessible to even casual listeners. This summer, the band is touring in celebration of the 10th anniversary of their 2004 EP They Make Beer Commercials Like This, a release that defined the band to many of their hard-core fans. MtB is playing select shows this month where they'll play the record in its entirety. That's not on the slate for Elkfest, but there's a good chance we'll hear some of that material. (MB) ♦