A Year in Festivals

Your guide to the Inland Northwest's festivals of 2018-19 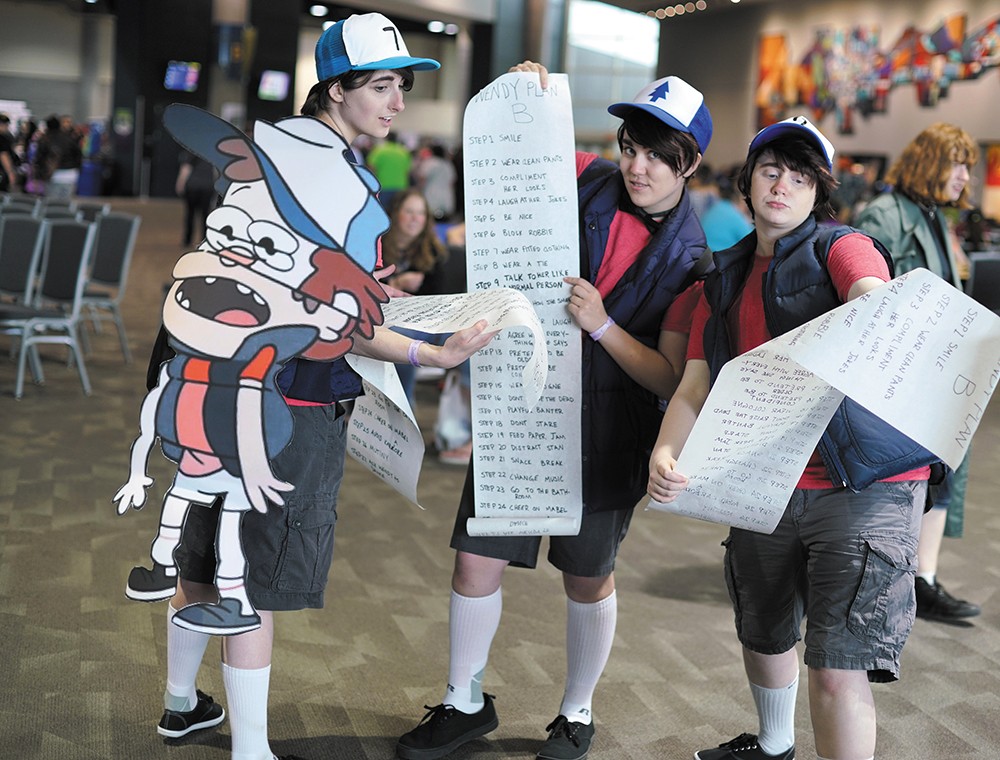 A true embodiment of the DIY ethos and a testament to the impact of Spokane Arts Grant Awards funding, the Spokane Zine Fest is a scrappy celebration of small-press books, comics, graphic novels, prints and a variety of other handmade paper goods — most often in a resolutely un-mainstream, limited-run format. This marks the second year of this one-day, all-ages festival, which also aims to identify and foster promising local zine makers with a juried competitive element.

Now in its third year, the One Heart Native Arts & Film Festival is quickly establishing itself as a powerful — and above all, engaging — two-day exhibition of Native American perspectives and creativity. The theme of the 2018 festival is "Honoring Our Women" and will accordingly highlight indigenous women and their skills in cinema, art and music. In addition to the short-film screenings at the heart of the festival, there's also a gallery of visual art, concerts, workshops, director talkbacks and a closing-night party. Festival passes are $60; film tickets are just $10.

A cornucopia of all things folk, the Fall Folk Festival is organized by the Spokane Folklore Society and features eight stages of dancing and music that range from the homegrown to the exotic. Around 100 local groups specializing in traditional performances from across the world take part each year. Along with the incredibly varied live entertainment, this family-friendly event also offers hands-on workshops, kids activities and even some semi-organized jam sessions. Plus there are craft vendors with traditional and artisanal items for sale. Best of all? It's free.

As the name suggests, this is a whirlwind staging of nearly 40 original ultra-short plays written and submitted by playwrights around the world. That pool of selected plays is divided into three parts, or acts, each with its own director and a unique troupe of actors, who then perform the individual one-minute plays in a single sitting. Comedy naturally tends to be the dominant mode, but the tone and content of the scripts can span the range of human emotion and inspiration. Tickets are $20.

Having celebrated its 20th anniversary in 2018, the ever-popular SpIFF is entering its third decade with another crop of hand-picked feature-length narrative films and documentaries from around the world. Rounding out its core cinematic lineup are the beloved shorts programs, which include Best of the Northwest, the Animation Showcase, World Shorts and U.S.-Canada Shorts. Screenings are held in two of downtown Spokane's most charming venues, the boutique Magic Lantern Theatre and the Bing Crosby Theater. Ticket prices remain unchanged: $12 (Magic Lantern) or $13 (Bing) and $10 matinees.

After launching over a decade ago as Spokane Comicon, Lilac City Comicon has since grown into a major regional gathering for fans of comics, cosplay, cult movies and pop culture. More than 7,000 people attended in 2018, enticed by the chance to meet guests like artist Keith Tucker (He-Man, Pinky & the Brain, X-Men) and actor Lou Ferrigno (The Incredible Hulk). In 2019, the festival will be expanding into another wing of the Spokane Convention Center, adding another 50 illustrators, collectors and local businesses to its total vendor count. Weekend tickets are only $20.